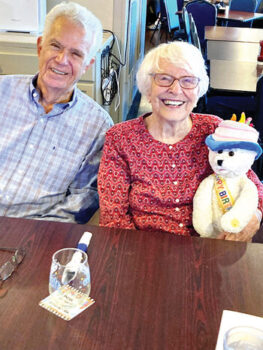 “It’s not the handling of difficult hands that makes the winning player. There aren’t enough of them. It’s the ability to avoid messing up the easy ones.” —S.J. Simon

“We had a partnership misunderstanding. I assumed my partner knew what he was doing.”

“When your partner is playing even worse than usual, you might say, ‘You know, you may not be the worst player in the world … but if that person should die…’”

“This guy never leads away from a king. He was told not to, so he never did. Finally, he passes away and he finds himself in a bridge game. He is on lead against 4S holding: Kx, Kxx, Kxxx, Kxxx. Right then and there he knew where he was.”

“This lady plays very slowly. She is asked to speed it up a bit. She says, ‘I’m sorry, but I can’t think and play bridge at the same time!’”