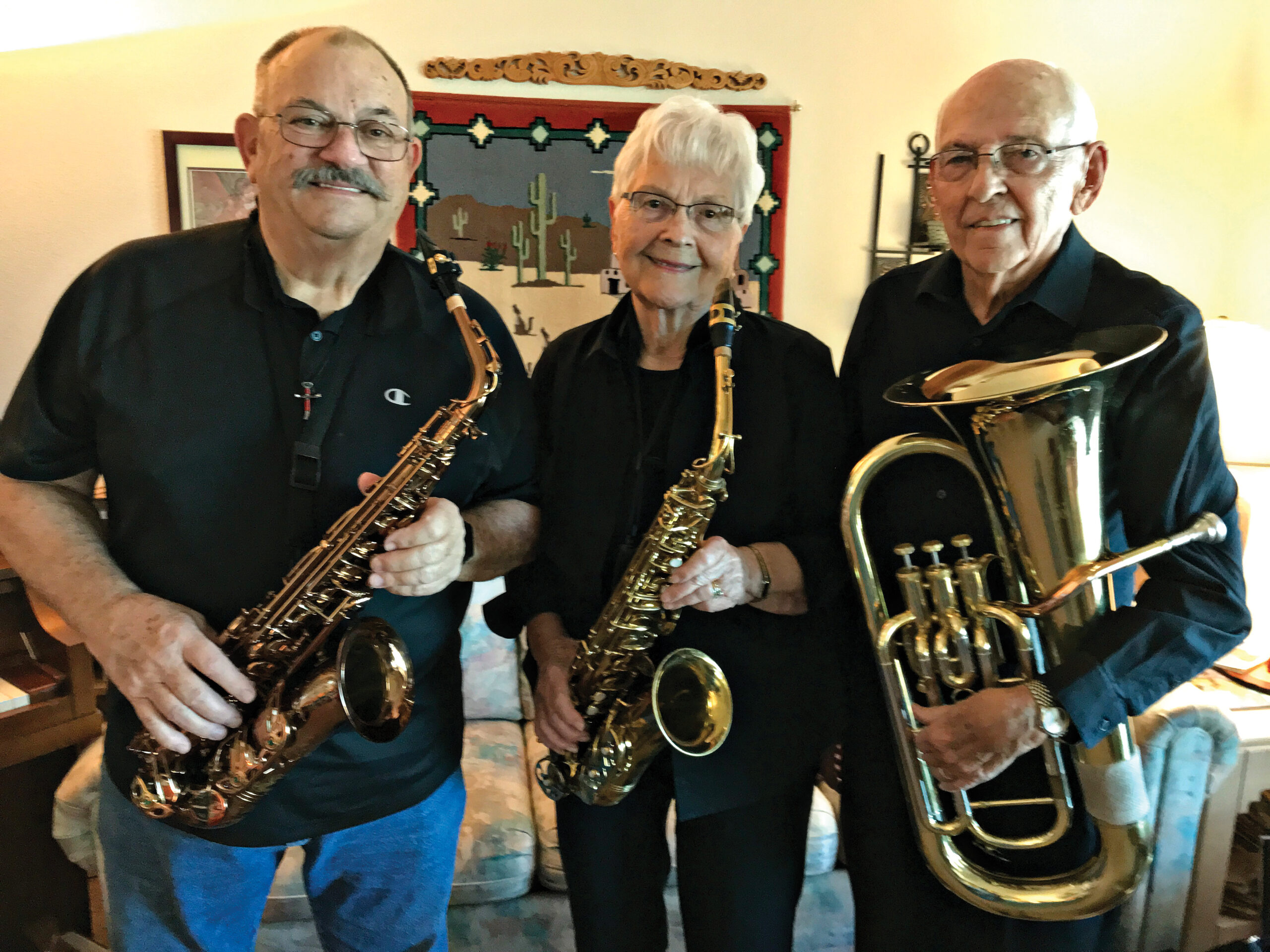 The Tower Point Concert Band will be returning to SunBird for another great performance of concert band music on Sunday, Feb. 20, at 2 p.m. in the clubhouse ballroom. The band previously performed at SunBird in 2018 and 2019. Their concert will include a variety of marches, showtunes, and other traditional concert band music.

The band, whose home base is the Tower Point Resort in Mesa, is under the directorship of Bob Meyers. Mr. Meyers has been the director for about 10 years. The band was actually started in 1991 by a group of Tower Point residents. Over the years, it has grown to approximately 50 volunteer musicians, and is now composed of both full-time and snowbird residents, many of whom reside in different parts of the Valley. This excellent band presents four to five concerts during the fall and spring seasons and holds practices each Wednesday morning in the Tower Point Resort Ballroom from 9:30 to 11:30 a.m. They welcome anyone who would like to pick up their instruments and join in the fun.

SunBird is well represented in the band’s membership by residents Jo Ann Mattheis and Pat Kelly on saxophones and Ken Mattheis on the baritone horn.

So, mark your calendars and come out at 2 p.m. on Feb. 20, for an enjoyable afternoon of great concert band music. As in the past, this is a free concert; however, donations to help defray the band’s expenses, mostly new music, will be graciously accepted.