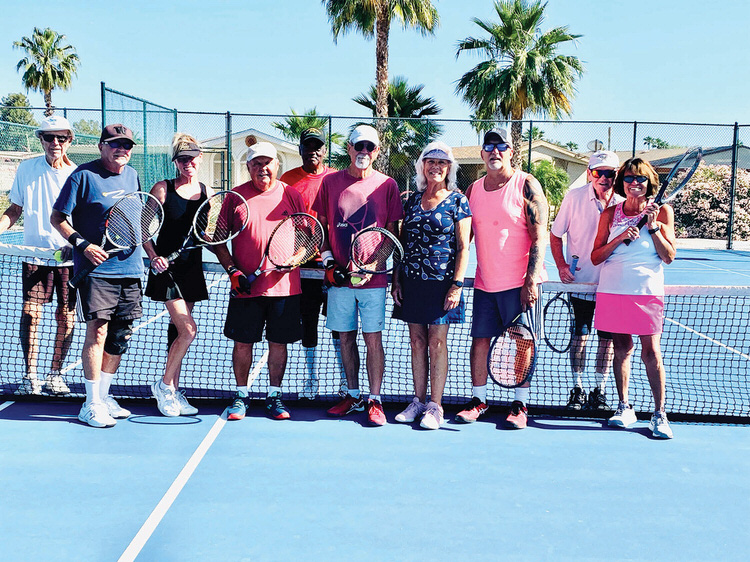 The Championships Wimbledon is coming! This year, the Wimbledon Tennis Grand Slam runs from June 27 through July 10 at the All England Lawn Tennis and Croquet Club in London.

The first Wimbledon Tennis Championship was held in 1877 on one of the croquet lawns of the club. In 1884 a women’s championship was introduced at Wimbledon, and the national men’s doubles was transferred there from Oxford. Mixed doubles and women’s doubles were inaugurated in 1913. This tournament is one of the four annual “Grand Slam” tennis events, along with the Australian, French, and U.S. Opens, and it is the only one still played on natural grass! In 1968, they opened Wimbledon to professional-level players, and that is the year that American champion Billie Jean King won the women’s singles event.

So, pull up a chair, turn on the TV, and get settled in for some great tennis this summer!

There are still a few of us enjoying summer tennis here in SunBird. We are presently able to fill two courts in the mornings, allowing all those interested to play on a rotational basis when we have more than eight players.

Our summer schedule for court times from May through September is as follows:

If you wish to reserve courts as a resident, please sign up on the court reservation sheets posted in the tennis glass case at the courts. Signups can be done up to three days in advance.

If you are interested in joining our SunBird Tennis Club, please contact our president, John Schlenker, at 847-525-7648.

Our next meeting will be held on Oct. 4 at 5 p.m. in the Lakeview Room.

Have a great summer, everyone!