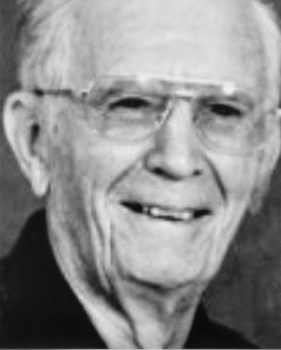 Amazing, remarkable and incredible describe George Holliday. He has pitched for years in the SunBird Horseshoe Club and is currently in first place among the 16 teams and has awards for his past efforts. When younger, he threw 39 ringers in 100 pitches to qualify for an important tournament. In the recent Senior Olympics, he with his partner received bronze medals. And, oh yes, he still plays tennis.

He still golfs and has two holes-in-one. After years of bowling, he has an average of 158. His highest score is 268. George comments, “I have a good mountain bike.” He has racked up 7000 miles on it in 14 years and is a familiar picture flying through SunBird on it. “I’ve been trying to get myself in shape. Recently, I rode five miles one day, seven the next and ten the next. I had to quit because my hip hurt.”

Until a few years ago, George played softball and water skied until he was 70. “I had to quit skiing because I had trouble getting up on the skis,” he remarked.

George’s early days were in Stemberg, Michigan, a city with one policeman and a father who delivered dynamite in a horse wagon to the mines. His German mother cooked for 16 people each day and boarded three school teachers. George said, “I had to be good then, but I’m only half bad now.” His father died when George was 10.

After graduating high school in 1934, George worked two years in the Conservation Corps before operating a Caterpillar and sleeping with the workers. “We had double beds with a pole under the middle. The snoring was awful.”

He left for Detroit to find better work during the Great Depression. “I had been there a short time, walking down the street, when two men ran from a shoe store. Then two other fellows grabbed me. I was pretty scrappy, so I tried to get loose. I didn’t know they were detectives. They said to settle down or they would beat me with a rubber hose. A witness said I was with the two who just robbed the shoe store. One detective then hit me in the face with his gun and hauled me off to jail. It was terrible! Some guy screamed and beat on the bars. After two days, I was cleared and released.”

He married Elizabeth in 1942. The couple lived in Green Valley near Tucson for 13 years before SunBird. George said, “I never liked cold.” In October of 2005, his dear wife died after 63 years together. “I never liked to live alone,” George said. He joined her a few years later.

Writer note: George, a colorful person, was a good man. He and Elizabeth were blessings to SunBird. The article appeared first in October 2006.