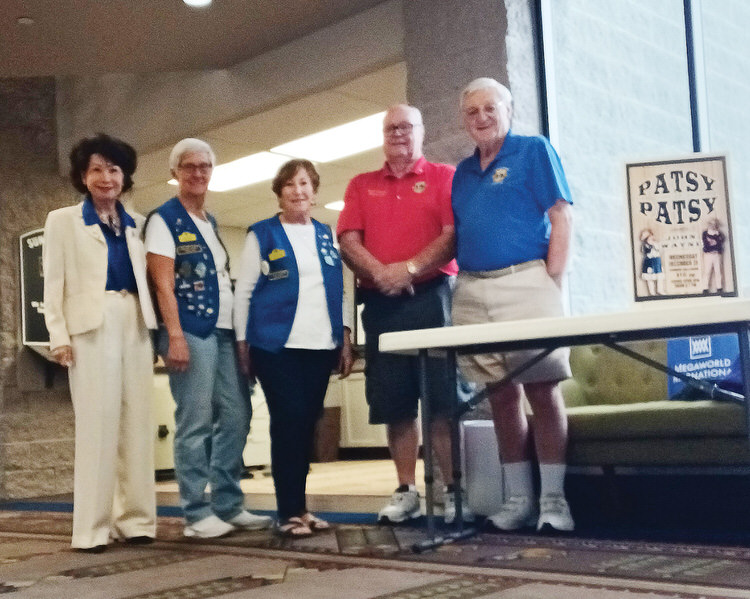 Tickets sales benefit the many programs that SunBird Lions Club runs to support the community. Thanks to all who made this show such a successful fundraiser. A great night of entertainment was had by all who attended. @

SunBird Lions Club Bingo has been up and running with great participation. Bingo is held the first and third Friday of each month, in the SunBird ballroom. It is open to anyone over 18 and begins at 6 p.m.

Thank you to everyone for your ongoing support. Please continue to join us, bring friends, and tell everyone.

Pictured are the winners at the SunBird Lions Club Bingo held Dec. 3. Many were lucky enough to have multiple wins.

Anyone is welcome (as long as they are at least 18 years of age) to join us on the first and third Friday of the month until April. It’s a great way to have fun and support the SunBird Lions. Bring your family, friends, and neighbors and fill a table. Doors open at 5:30 p.m., and games begin at 6:30 p.m.

Masks are optional, and sanitizers are available.

Snacks are available at the Lions snack bar. If you have soda cans, please bring and place them in the receptacles provided by the Lions.

Thank you for your support. The Lions is a great organization to be a member of. We have open membership throughout the year.