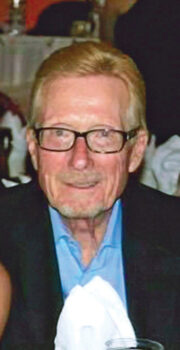 Ned and Carol Delk came down to SunBird from Lindstrom, Minn., and purchased their home in 2013 as snowbirds. In 2017 they moved here full time.

Ned retired after 37 years in hospitality hotel management. He enjoyed golf and billiards with friends. His love of music called him to sing with the Community Church Choir and the SunBird Concert Choir.

A private memorial will be held in Minnesota. 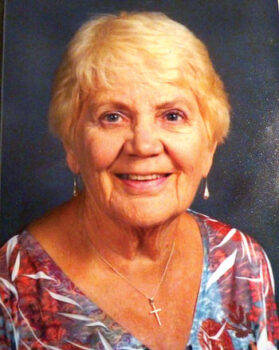 Alda Mae Tanking Frey, 85, of Chandler, Ariz., died peacefully on Monday, June 13, 2022, at her home in the SunBird Retirement Community.

Alda was born on April 15, 1937, the daughter of Alfred and Catherine Runnebaum Tanking. Alda grew up east of Seneca on the Tanking Homestead and graduated from Saints Peter and Paul High School in 1955. After high school, Alda moved to Topeka and was employed by Southwestern Bell Telephone Company for five years.

Alda married Fred William Frey of Bern on April 15, 1961. They made their home on a farm east of Dubois, Neb. She enjoyed homemaking, attending her children’s sporting events, playing cards, dancing, the color purple, and spending quiet time in prayer. In 2005 Fred and Alda purchased a winter home in SunBird. Alda has called this beautiful oasis in the desert her home ever since. She enjoyed meeting friends from all over the country and enjoyed the Arizona sunshine.

Alda had a personal relationship with her Heavenly Father. She was baptized into the Catholic faith in 1937. She worshipped at Saints Peter and Paul Catholic Church in Seneca and St. Steven’s Catholic Church in Sun Lakes, Ariz. Alda spent many hours a day in quiet time praying for our world and her family.

She was preceded in death by Fred, as well as siblings Johnny Tanking, Regis Tanking, and Jerry Tanking.

A celebration of Alda’s life was held at 11 a.m. on Friday, June 24, at the SunBird Community Room. Friends gathered for a rosary at 10:30 a.m. Grandchildren shared memories, which entertained us all. Kare Bears of the SunBird community provided refreshments.

On Friday, July 8, there was a 9:30 a.m. rosary and 10 a.m. mass at Saints Peter and Paul Catholic Church in Seneca, Kan. Burial immediately followed.

Memorial contributions can be made to neighborswhocare.com/donate. Online messages of condolence can be left at Valley of the Sun Mortuary or www.dignitymemorial.com. 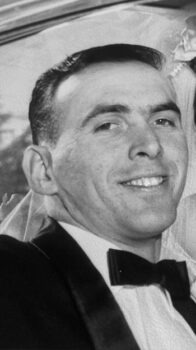 Jerry Nunamaker passed away on June 10, 2022. He was born July 10, 1936, in Conrad, Mont. He was one of six siblings who later migrated to Bellingham, Wash. He attended Western Washington University where he studied civil engineering and met his wife and traveling partner of 59 years of marriage until her passing in June of 2020.

Jerry served as Loadmaster in the U.S. Air Force, 17th Aerial Port Squadron, Paine Field, Wash., from 1958 to 1964. He then served the State of Washington working for the Department of Transportation as a civil engineer for 30 years out of the Marysville/Everett offices. Following retirement, he consulted on various highway projects. He then decided to become a snowbird in 1993 and moved to the SunBird community in Chandler, Ariz., where he and his wife continued to spend their winters for 21 years.

His favorite places to relax were to spend his winters at his home in Chandler, Ariz., and his summers at his little cedar beach home on Hood Canal, Wash., where he passed peacefully after a battle with Alzheimer’s disease.

His favorite activities were golfing, fishing, spending time with his grandchildren, gardening, and traveling around the world.

A Celebration of Life will be held on Aug. 13 at 2 p.m. at “the place he would most rather be,” his home on the Canal.