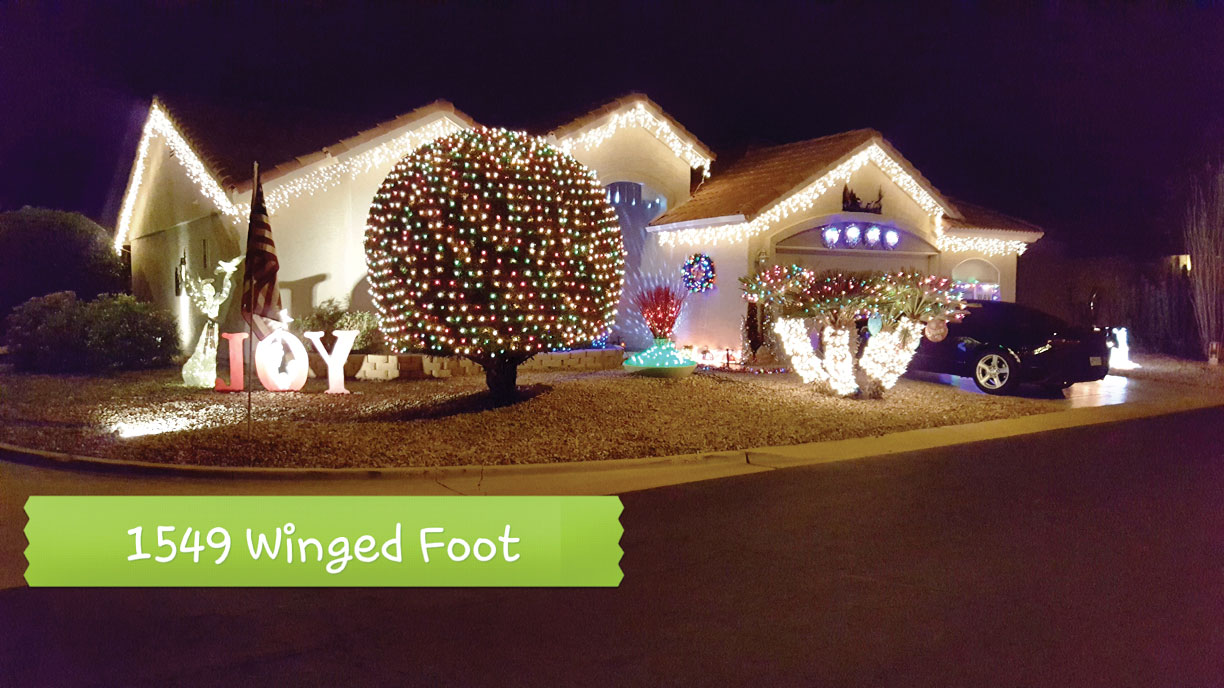 Well, the votes have all been counted for the Holiday Light Competition. We had a total of 67 people who came up to the SunBird patio and cast their ballot. It was a fierce battle for the houses with 1549 Winged Foot (Bob and Joyce Gerber) taking first place, 6917 Oakmont (Joseph and Karen Taravella) taking second and 1932 Colonial (Gregory and Diane Boardman) taking third. For the Villas, we only had two entries, but it was a good competition with 1743 Augusta (Terry and Kaye Wulfekuhler) taking first place and 6302 Oakmont (Maurice and Kathleen Cuneaz) coming in second. Thank you to everyone who participated.