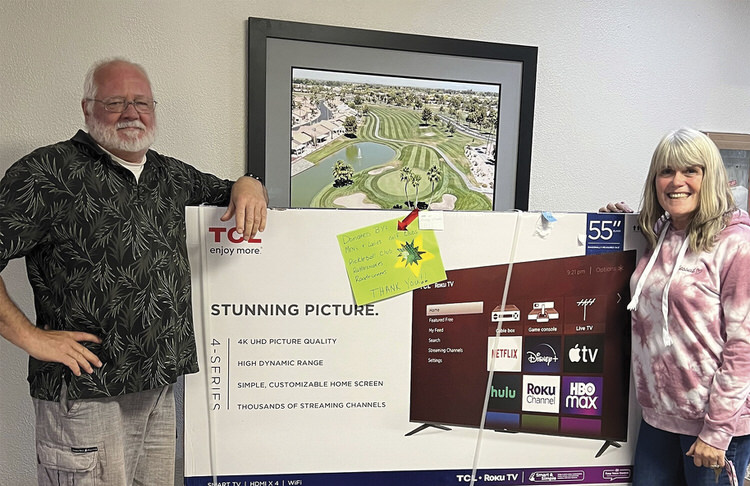 Thank you to everyone who helped make SunBird Community Green’s 2nd Annual Wine and Beer tasting event a success! From the wine and beer selections, to the delicious food, to the complimentary commemorative wine glasses and, of course, the donated raffle prizes, it was a FUNdraiser full of fun, laughs, and music. A check for $5,200 was presented to SunBird Golf Club to be used for major capital improvements such as equipment or irrigation system upgrades.

Congratulations to Cindy and Bruce Wilson for holding the winning ticket for a big-screen TV!

Commemorative SunBird wine glasses are on sale for $6 each in the SunBird Golf Shop. Again, thank you, everyone!