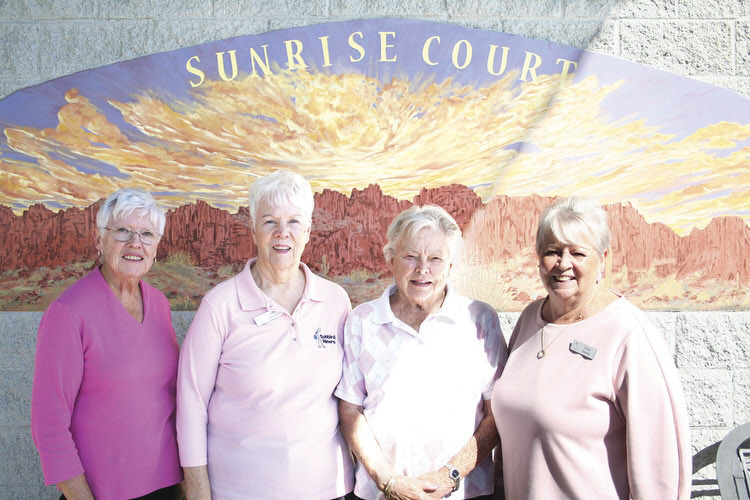 Welcome back to all the SunBird Golfing Niners (Niners) who are returning after their summer break. If you have been away for the summer, as I have, you are looking forward to a new year of golfing with old friends and making new ones. We have a lot of exciting events planned for this coming year. The first will be the 20th Annual Blue Santa 911 Toy Drive with our favorite storyteller, W. Steven Martin. He will be collecting toys for children, pre-teens, and teens who are in a crisis mode. The 911 Toy Drive Foundation is a 501(c)(3) non-profit organization and has no payroll expenses. They are all volunteers. Bring your unwrapped gifts to the Dec. 13 monthly meeting in the Lakeview Room. Suggestions are gift cards, baseballs, soccer balls, stuffed animals, purses, or anything you think you would have liked to receive when you were young. Not that we’re old, just mature.

If you haven’t signed up to golf with one of the SunBird golfing groups, you are missing out on a lot of fun. Some of the Niners events include Gals and Pals golf tournament (you invite a friend to golf, even if they are not Niners members, with a luncheon afterwards) and Home and Home Tournament where we golf with the Sun Lakes Niners and share lunch afterwards. You can sign up to join the Niners team anytime. See signup sheets on the golf bulletin board in the hallway by the Lakeview Room.

In case you missed it, Gemma Dryburgh of Scotland won the first LPGA Tour Title at the 2022 TOTO Japan Classic. She shot 19 under par, followed by Linn Grand -16 and Kana Nagai -15. We can still dream. Right?