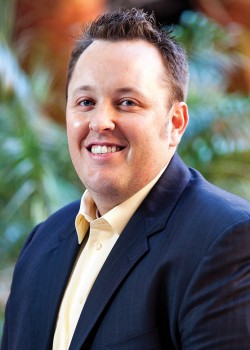 On Tuesday, October 6 Dr. Kelli Ward will make a presentation regarding the state of Arizona and her role in the legislature. Dr. Kelli Ward is also Senator Kelli Ward and she wears both hats skillfully and with full confidence in her abilities. She earned her Bachelor of Science in Psychology from Duke University, her Doctor of Osteopathic Medicine from West Virginia School of Osteopathic Medicine and her Master’s degree in Public Health from A.T. Still University. She lives in Lake Havasu City with her husband and fellow doctor Mike Ward along with their three children, Cameron, Katie and Nick.

As she transitioned to running for office, she shifted from primary care to emergency care and now works as a physician in the Emergency Departments in both Lake Havasu City and Kingman. She is also the Director of Medical Education at Kingman Regional Medical Center where she helps to train new physicians.

As an Arizona State Senator, Dr. Ward introduced the Arizona Fourth Amendment Protection Act, which would “ban the state from engaging in activities which help the NSA carry out their warrantless data-collection programs or even make use of the information on a local level.”

Senator Kelli Ward, who is running for the United States Senate, will be giving her thoughts on ObamaCare as a working physician. Her appearance at the Sun Lakes Rotary will be among the first in her October trips across the state.

She is a member of the Lake Havasu City Rotary.

This will be a not to be missed meeting.

On Tuesday morning, October 13, Rotarian Justin Bro will discuss Medicare and the Affordable Care Act – What’s New? Bro is vice president of Sales for Retirement Insurance Specialists of Chandler. He has served the insurance industry since 2005, first in property and casualty and now life and health with an emphasis on senior health insurance programs.

There are some significant changes coming to health insurance and Medicare programs in 2016. Three large insurance companies, Humana, Cigna and HealthNet are in the process of being acquired. What will that mean for members of those plans and what will it mean for the marketplace as a whole? There are some major price increases coming on Affordable Care Act insurance plans which are the opposite of what was supposed to happen. Increased competition was supposed to lower prices but we are seeing things go in the opposite direction.

All in all, 2016 is going to be an incredible turbulent year in the health insurance and Medicare space. He will go over some of the changes that are happening as well as some of the things that may happen in the future.

The Rotary Club of Sun Lakes meets for breakfast every Tuesday morning at 6:30 a.m. in the Oakwood Country Club Ballroom. The meetings start at 7:00 a.m. and end promptly at 8:00 a.m. Cost of breakfast is $12. To make reservations for any meeting, contact Rotarian Don Prestin at 480-802-0439.