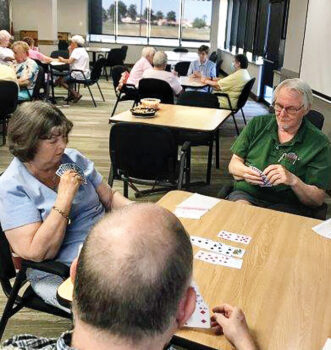 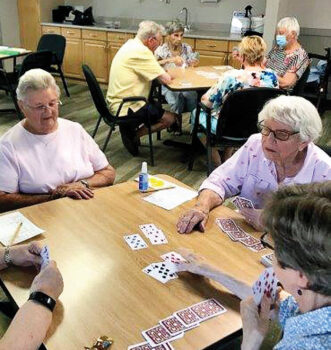 “Bridge was probably born of three-hand whist games. Inveterate whist players, unwilling to forgo their game merely because there were only three available players, played a game called ‘dummy’ (with one hand exposed) long before any bridge game was known or willingly played. The origin of bridge whist is not definitely known, but a similar game appeared in Constantinople before 1870. Whist players were prompt to deplore the arrival of bridge, almost unanimously asserting that whist, with all four hands hidden, was far more scientific than bridge. The fallacy of this soon became apparent, for exposure of the dummy provided clarity in thousands of situations in which the whist player had to guess blindly. This provided new opportunities for analysis and greatly stimulated the study of skillful play. By 1897, almost all leading whist players had succumbed to the attraction of the new game.” Source: Encyclopedia Britannica

The game of bridge is alive and well in SunBird. Monday, Wednesday, and Friday you can find three, four, or five tables at play. It is social bridge with a competitive spirit. With as many as 20 players participating, it creates an interesting and challenging experience.

A charge of 50 cents is due and payable for each session of bridge, and all monies are paid out after the game, going to the players with high scores.

We are a lovely group of card players and would welcome new players. Both men and women participate. You do not need a partner. If your bridge playing is rusty, that can be remedied in your first session. Bridge is one of many activities available to SunBird residents.

If you have any questions, contact one of those listed above. We look forward to meeting you!