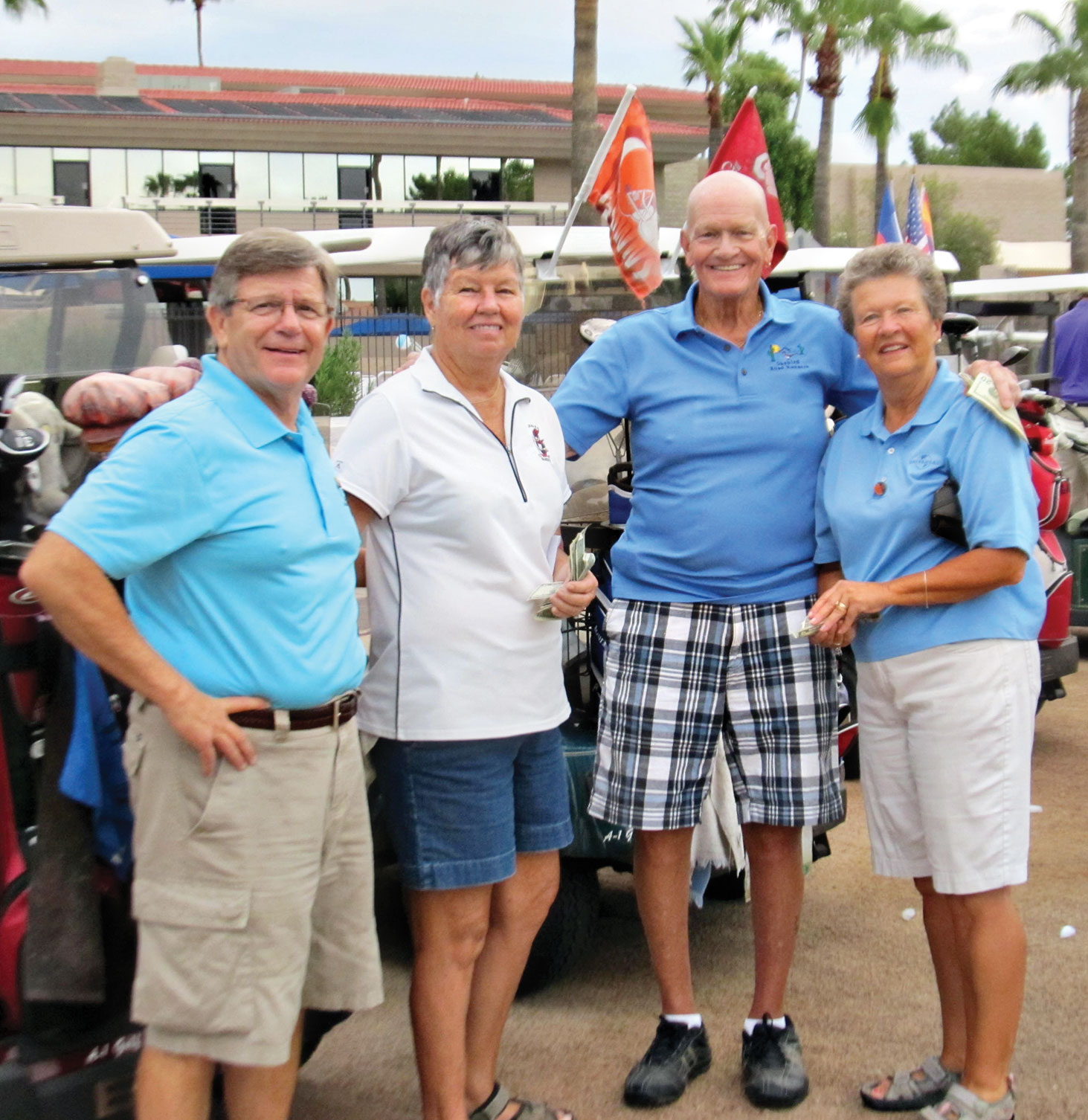 The Bandit and Roadrunner golfing groups gathered on September 9 to enjoy some friendly competition on the links. The skies were overcast and the temperature was delightful for Arizona. The twelve four person teams took off into the wild green yonder at 7:00 a.m. with hopes of shooting many, many birdies. After three hours of laughter and tears the group returned to the club house with score cards signed, eagerly anticipating lunch and a cool refreshment, and naturally, the results of play. There was a lot of preliminary bragging but in the end it was the team of Connie Franklin, Gordon Lee, Marsh Brockish and Jim Dolwick that won. Many thanks go out to John and Ann Chamberlin and Lorrie and Bill Johnson along with Marlene Dolwick and Joe Klooster, who worked very hard behind the scenes.