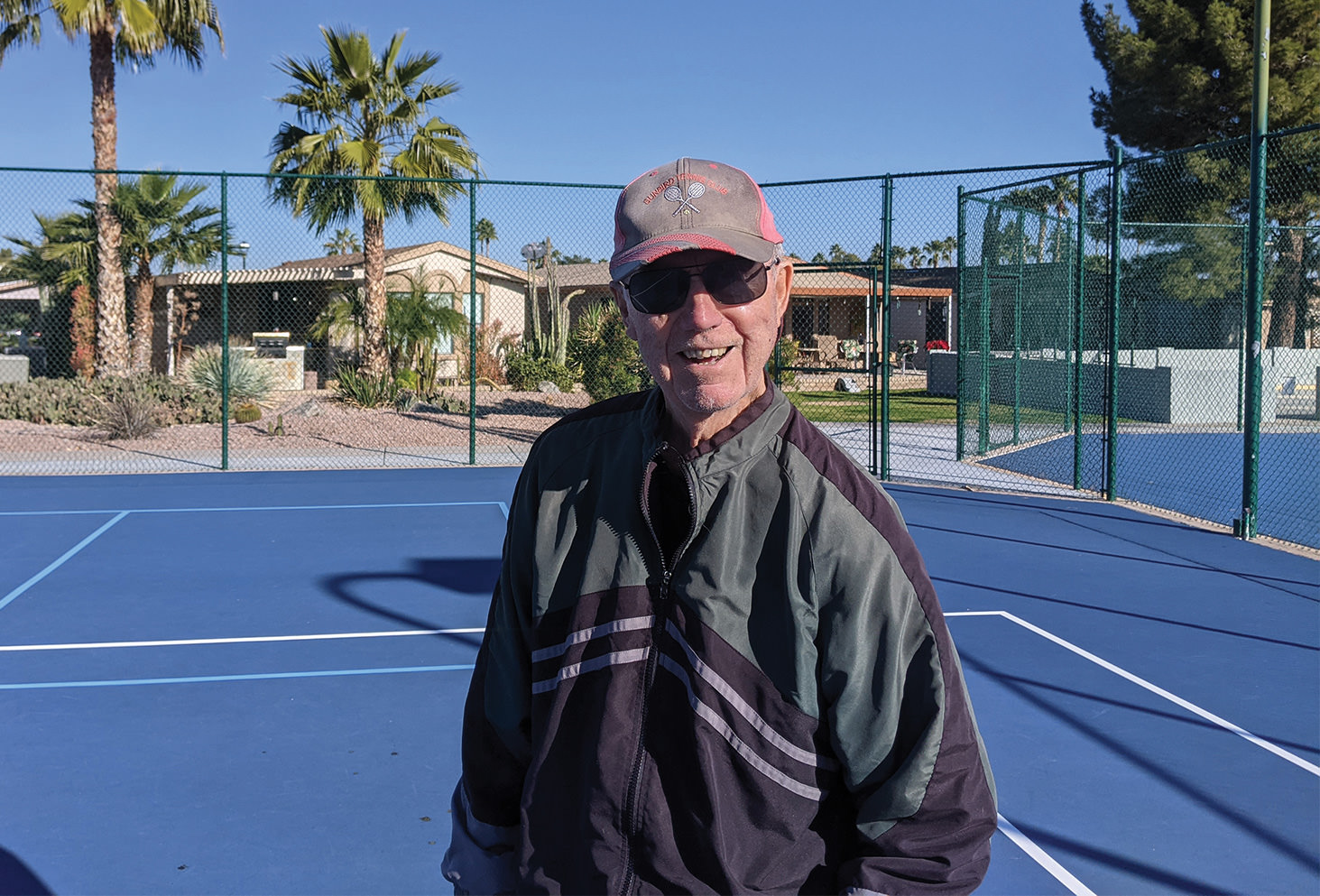 This week, I want to highlight Mr. Hal Reimer. I moved in March 2019, and during the spring and summer, I worked out on the tennis courts as we began to realign for the season. The pandemic and its side effects kept some away vis-à-vis, the Canadians could not get back, and others made decisions to take care of some medical problems and forego this year’s trek to SunBird! Hal had some problems that involved his nervous system, and after treatment, rehab, no tennis.

One week, he came by the courts and hung on the fencing and was talking with a few of the guys. We could tell he was itching to get back on the court. A week or two later, he was back, but this time, sitting on the bench. As we rotated players during breaks, Hal would pick up one of the rackets and make mini strokes with the stick.

We watched him as he got up and took a couple of practice swings at balls, and we noticed he was not moving too well, and some balls he would not swing at. We told him in jest, no more court time until he was released by his doctor.

Hal came back a week or two later, and he was put back into the rotation and played with flashes of the tennis player we know him to be. Still not there yet! Soon, Hal was cutting drop shots all over the place, and he was enjoying himself. We knew he was back this past month, as Hal began to get to some of the balls. We hit toward him for winners as he got some of his mobility back, and to me, an inspiration he is!

I asked for input about Hal from the guys, and I got everything from “He looks really good” to “We did not think he would be back!” One of the guys told me about the birthday party he had a year or so ago for his 90th, wherein some 100 folks filled the clubhouse patio to feat the milestone!

When I asked around about any quirks or moments that distinguish Hal to a person, I was told he has the nastiest spinning drop shot in the area. Earlier in the week, I became a victim to that shot, and I agree: exceptionally good shot! The kid who decided to play tennis with some older guys while high school age in Kansas, now a nonagenarian, inspiring us all to remain active and you will be healthy.

See you out on the court; “If you don’t practice, the next opponent will defeat you.”