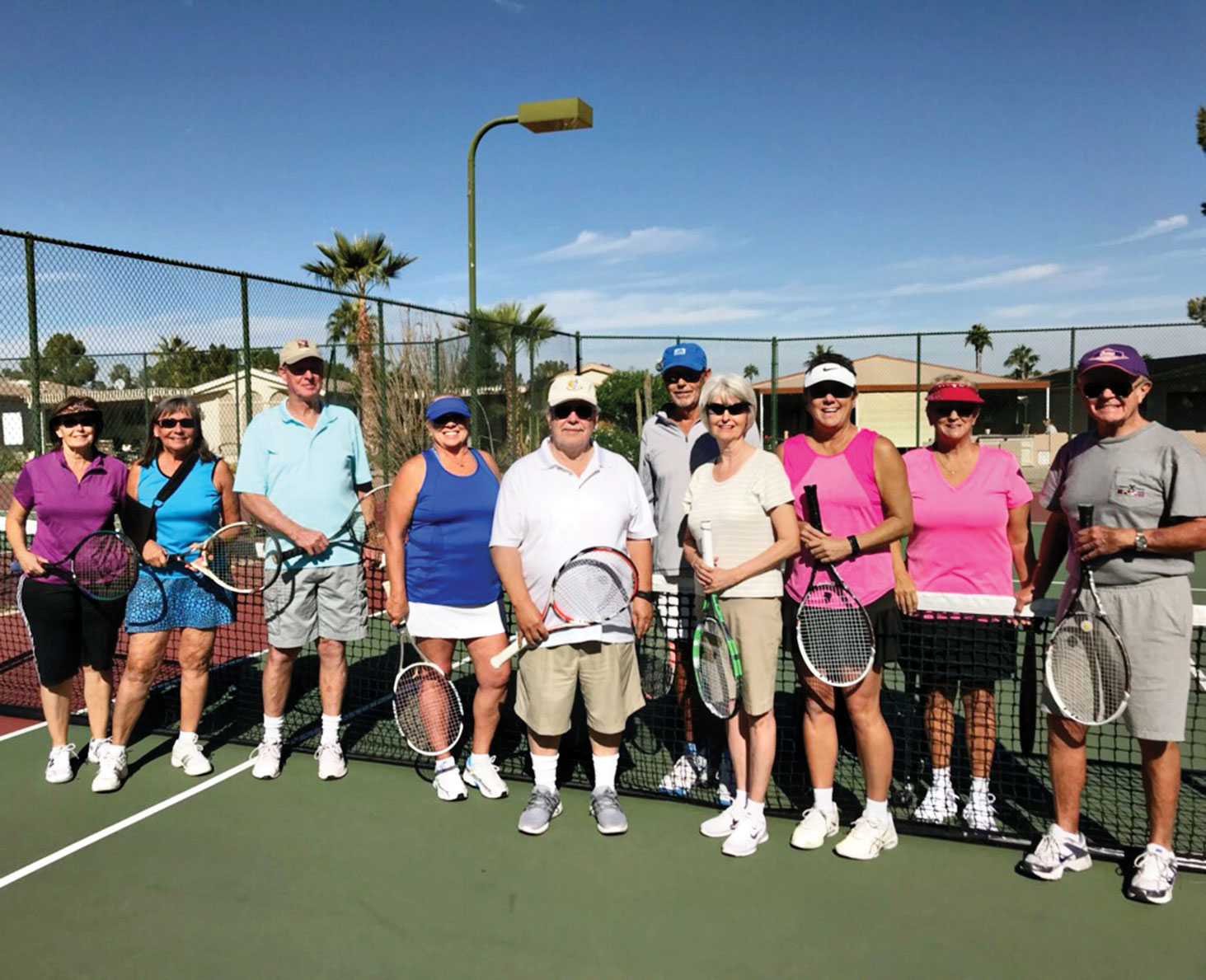 The SunBird Tennis Club’s Beginner program started in mid-November and just finished up in late December. It was an amazing success, according to SunBird’s Coach Holly Benson. Each session of the program was well attended by new players and those folks who had not picked up a tennis racket in more years that we want to talk about. Our thanks to tennis pro Gary “Rusty” York. Rusty is an excellent instructor and took everyone through the basics of holding a racket, footwork, striking the ball and other key points of the game.

The Beginner Program was so successful, The Southeast Valley Tennis League donated a second set of Beginner lessons which began in mid-January. If you want to learn or take a refresher course in the game of tennis, please contact Charlotte Wiard, President of the SunBird Tennis Club, at [email protected]

So one can continue to improve at the game, the SunBird Tennis Club does offer an opportunity for everyone to continue learning. We have scheduled Beginner tennis on Tuesday from 11:00 a.m. to 12:30 p.m. and Thursday morning. Contact Coach Benson at [email protected] about Thursday (time fluctuates).

Also, if you want to have some tennis fun, attend our Fun Blast program on Monday afternoon starting at 3:30-5:30 p.m. Coach Benson has started this program of challenging games for fun, exercise and improvement of your tennis skills. Lots of laughs.

SunBird Tennis Club completed tournaments against Robson Ranch, Cottonwood (two matches), Trilogy and Sun Lakes. After some very competitive matches, our record is 2 wins/3 losses. Thanks to Tournament Director Dianna Wreford, who tells us where to go and when to go.

Added another tournament last month … Palm Creek down in Casa Grande. A new venture for the SunBird Tennis Club.

The SunBird Tennis Club donated to the Irish Club for their March charity event. And the Irish Club was kind enough to donate a beautiful basket for the raffle at SunBird’s Carnival of Games. Thank you to all the members and Club President Margaret O’Brien.