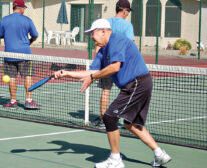 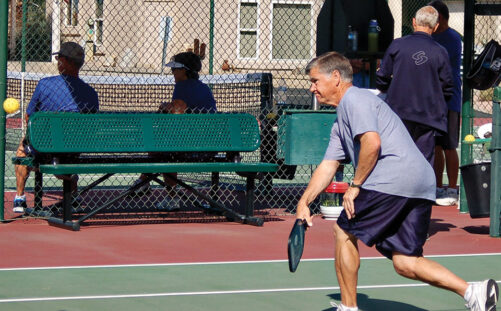 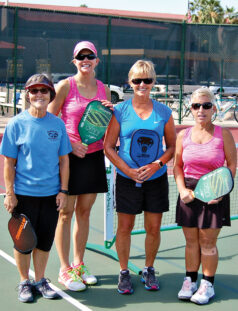 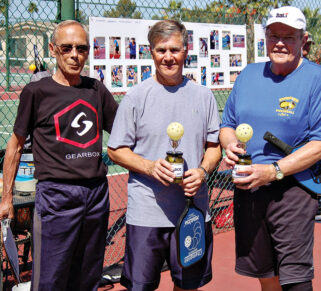 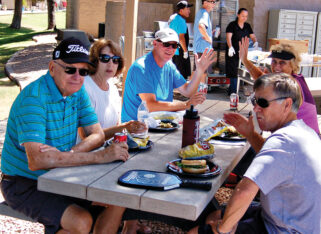 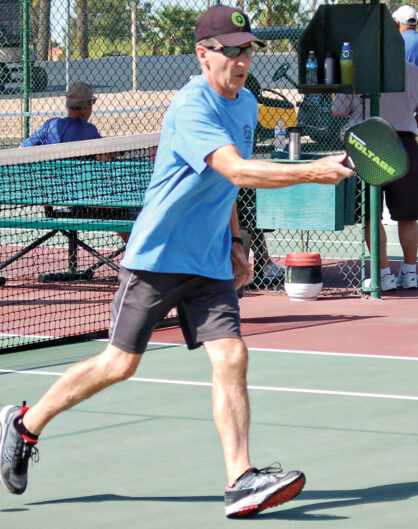 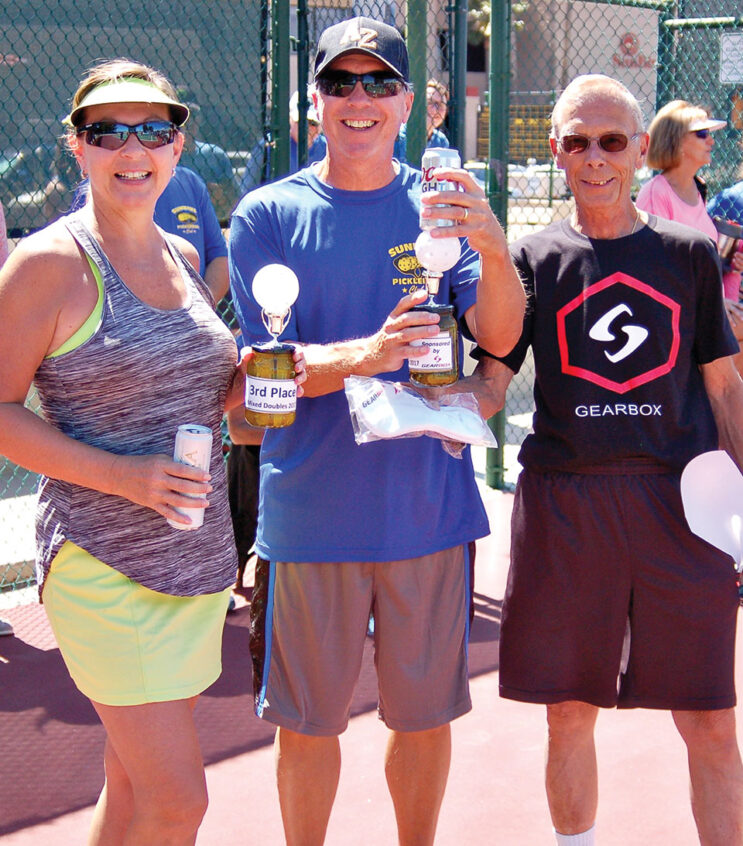 March 25, 8:30 a.m., beautiful morning to be a SunBird resident, temperature 62 degrees, light wind out of the west. Shuffleboard players were getting ready to start play, lots of golfers on the course, residents sitting on their back patios having breakfast as the second annual SunBird Pickleball Tournament and BBQ was about to begin. This year’s tournament was sponsored by Gearbox Sports, a major manufacturer of pickleball paddles and equipment. Gearbox representative Peter Prucha was on-site to coordinate activities for the day. Tournament hosts Margret McCathern, Marianna and Dan Buescher, Alan Trudeau, Robyn and Wayne Blosh and Greg Libby (SunBird Pickleball board members) were working as a team to ensure the activities for the day got off to a good start. As things turned out, they did a great job hosting this year’s event which attracted over 50 players plus family and friends. Kudos to the board members for a job well done.

The players enjoyed a perfect day to be outside, and the spectators had a great setting to watch some exciting pickleball play. The women’s doubles drew the largest group of players with lots of exciting games. First place went to Cathy O’Brien and Mary Garrett, second was Marianna Buescher and Kim Ebert, with third place filled by Leslie Shaunessy and Karen Hawk. The mixed doubles winners were Trevor and Cathy O’Brien, second place went to Kim and Brent Ebert and third to Al and Shari Trudeau. In the men’s category, winners were Alan Trudeau and Dan Buescher, second was Byron Watterud and Mike Rutledge, with third place going to Ed Heneck and Trevor O’Brien. It was a fun-filled, exciting day with lots of food and drink and a chance to celebrate another fun day at the courts. The SunBird Pickleball Club has seen tremendous growth this year, and everyone is excited about the upcoming fall season. Margret McCathern (the leader of the pack) is very excited about the plans for next season. “We are expecting a big jump in the number of players as the game gains popularity amongst the residents. Lots of people are talking about it, and the HOA has been very supportive in helping get the word out. Many more fun activities are being planned for the fall, so plan to come out and join us.”

As the planning for next season begins, the board would like to remind everyone that the pickleball summer hours will be posted by the end of April. Schedules and activities for next fall will be published in the SunBird News in September. Expect changes to hours of play and many opportunities for pickleball instruction classes for residents.

As we move forward in life, it is generally accepted that mental and physical activity becomes one, if not the best, way to live a long, healthy, fun-filled and productive life. Pickleball is a fairly new activity, and most of you may not be familiar with how to play the game, so make a plan to join the SunBird Pickleballers next season. The SunBird club would like to invite you to come out and have fun with us. We run around at our own pace, lots of laughter and you walk away with a new set of friends. As we close out this season, the board and all members would like to give a special thanks to the SunBird HOA Manager Layne Varney.