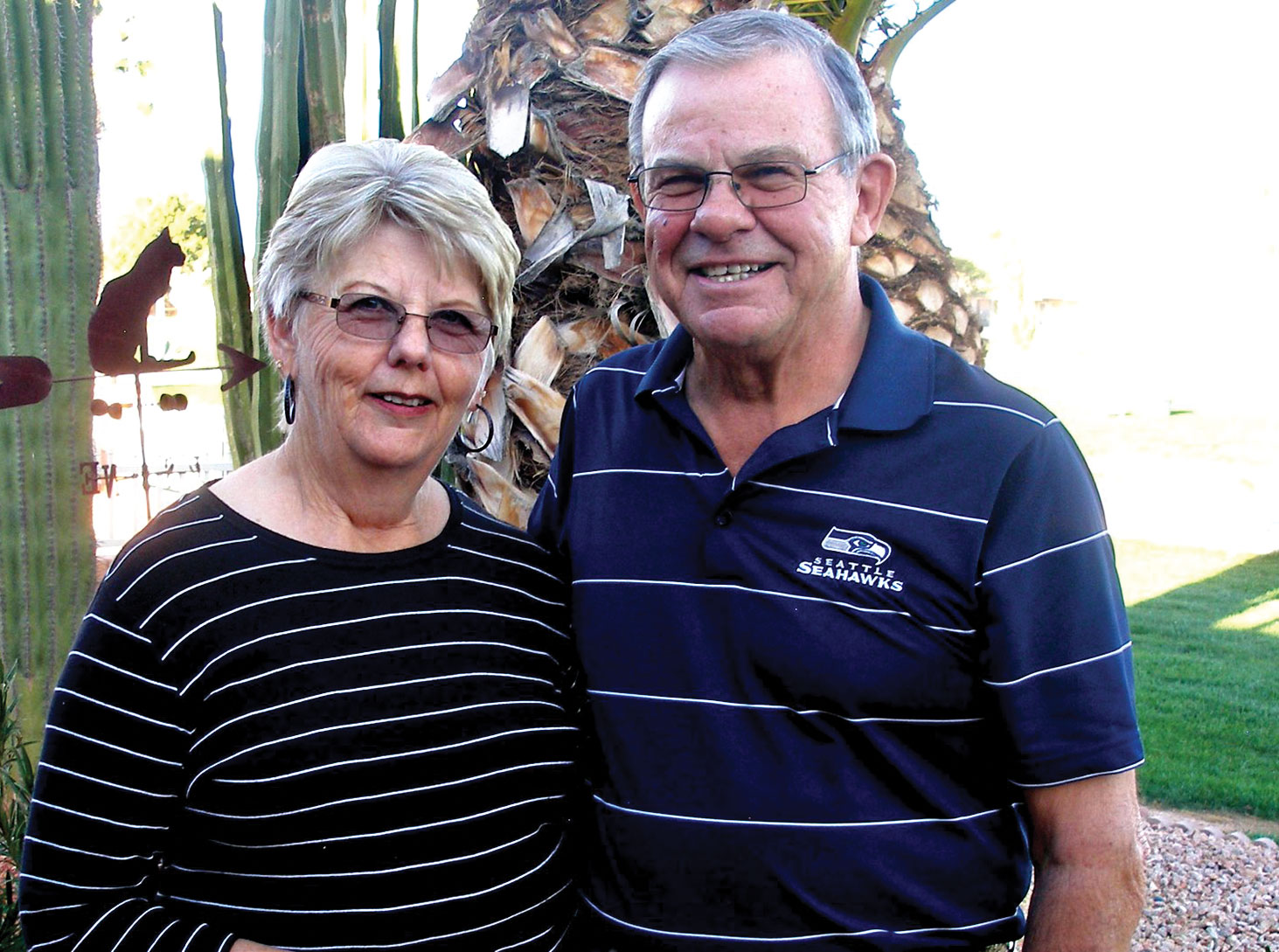 “East is east and west is west and never the twain shall meet.” – Rudyard Kipling

Not always so, however. After many years, Elaine and Don Friesen eventually did connect after running similar courses but miles apart.

Elaine and her three brothers were born on a dairy farm in Kittitas, Washington. Her parents had fled Idaho during the Dust Bowl. Completing high school, Elaine enrolled in Seattle Pacific University with a full music scholarship. Coming from a musical family, she had taken piano lessons for years.

Later she married, worked 10 years at Boeing then another 35 owning and running apartment rentals. This couple had two children and twin grandchildren.

Don Friesen also resided on an Idaho farm with parents and six siblings. After high school, “I attended Bethel College in Kansas off and on. I decided I’d better get serious, so I transferred in 1957 to the University of Idaho,” he remarked. There he achieved a BS degree in electrical engineering. Then he, too, went to Boeing and worked almost exclusively on missile programs with his knowledge of technical writing and maintenance analysis. Four years were at Vandenberg AFB in California.

Don also married and had two children and now three grandchildren. With his wife he traveled to 35 countries and saw The Great Wall of China, Great Pyramids, Taj Mahal, plus many other wonders.

In 1996 Don purchased a SunBird home for winter visits. Unfortunately, his spouse passed away in 2002.

Elaine came to SunBird in 1999, but tragedy occurred with the premature death of her husband in 2001.

Elaine and Don met in 2003 in a SunBird golf tournament. The meeting was a fit and the marriage is now 10 years old.

Many are aware of Elaine’s prowess and her reputation of being the consummate pianist. She has performed for many venues as well as special music for the SunBird Church. At the age of three she was picking out tunes. She also has the gift of playing by ear.

Perhaps you did not know that she is a talented artist and has produced many beautiful paintings. She used this gift to decorate her lovely home, refinish furniture and even to redo the cabinets and counters in her kitchen. She enjoys meeting with other artists each week. A display case in the clubhouse was filled with her art in January. “I don’t do well with idle time,” she proclaims.

A longtime motorcycle rider, “Sometimes I traveled with friends on 5000 mile trips. I convinced Don to ride when he was 72.” Many miles and places resulted from this hobby. Both are golf enthusiasts and each has scored three holes-in-one at SunBird. Traveling is also a favorite pastime. The best was the Amsterdam to Budapest river cruise. They also enjoy friends and family here and at the beautiful home on Puget Sound.

Well, Mr. Kipling, who says the twain shall never meet? Here is one time you were wrong.