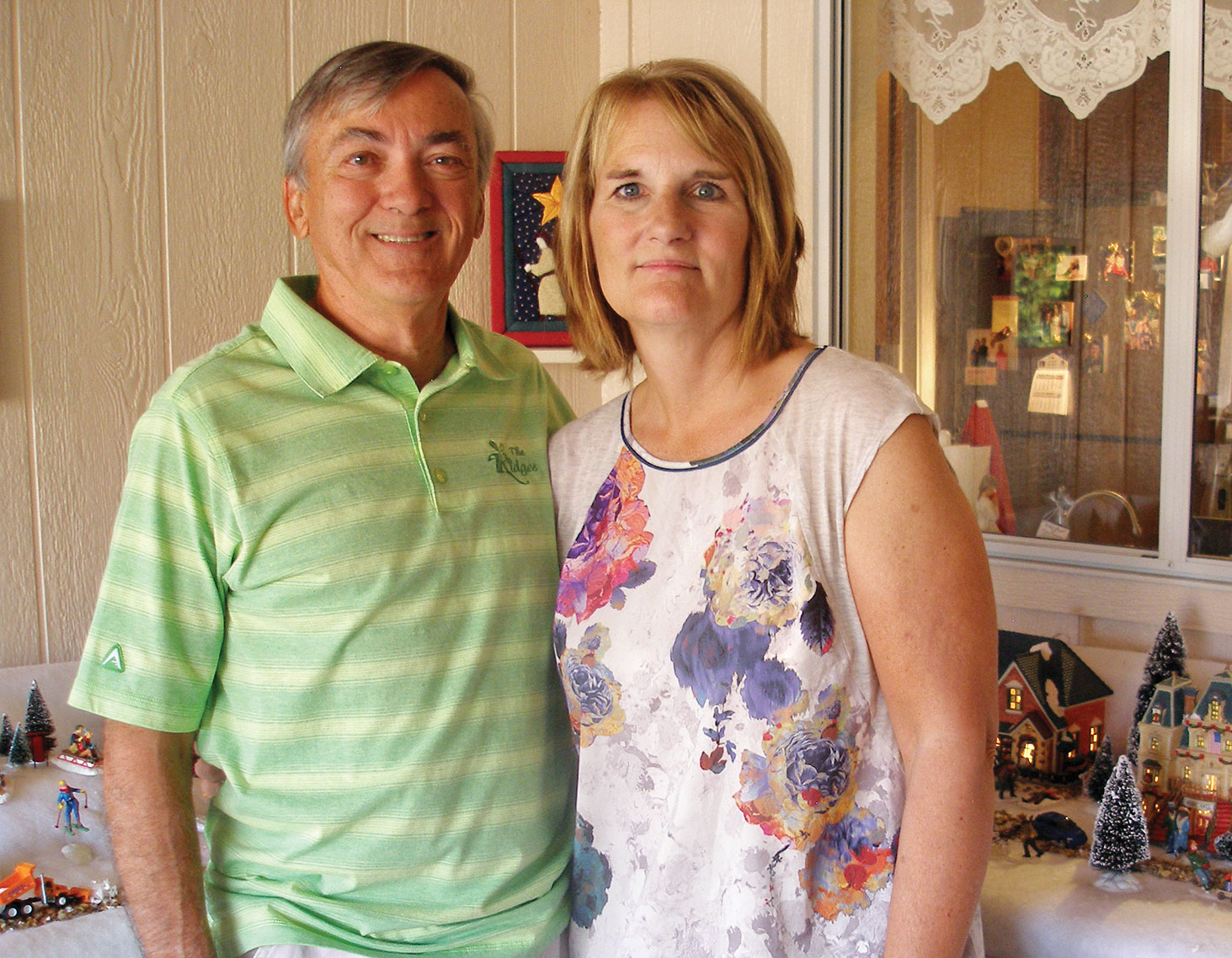 Suzanne and Gary Popelka joined us at SunBird in September, after looking at several other retirement communities. Their Arizona daughter was instrumental in the choice. “I felt at ease the moment I drove through the front gate and saw the beautiful view of golf fairways ahead,” volunteered Gary.

Now in mid-December, the couple has come to love SunBird and has immersed themselves in several activities and hope to use their many talents for more later on.

They met in a class that Gary, a county planner, taught. She was there to learn about the particulars of working in the district attorney‘s office where she would be for the next 20 years. Suzanne, as she sat in a back row playing Solitaire, caught Gary’s attention, who stopped the class and called her out. “I hated him,” she recalls.

Eight years later, they met once more when both were giving golf lessons. They have now been married for 13 years, with combined families of six children and 12 grandchildren.

Both are college graduates and have lived in Minnesota, Iowa and finally Wisconsin for 40 years as Gary continued as county planner. Dislike of the cold weather was a factor in looking for warmer climate. Changes were ahead.

Suzanne had studied the harp at a later age. Asked if it was difficult, she replied, “Oh, yes, it was much different than the piano.” She also plays saxophone and organ. Recently, she played an impressive harp solo for the SunBird Singer concerts. The instrument has led her to hospitals, churches, care facilities, funerals and weddings. She has discovered the soothing effect it has with patients. Even her dog curls up and listens. A therapeutic musician, she is now considering Hospice as another venue as she listens to the leading of her Lord.

If not enough, the couple has been associated with several church and community theaters as actors, producers, directors, props and costumes. They are looking for an outlet for their abilities here.

In their Arizona room, Gary has laid out a Christmas town, complete with buildings, streets, people and vehicles, which is on two large tables. “I have a lot more back in Wisconsin,” he admits, as his wife warns him not to bring any more to Arizona.

Other interests include family, golf three times a week, pickleball, music and travel. They have been to the Caribbean, Europe, Mediterranean and our own country. The Grand Canyon is on their list now.

Arizona sunshine was important in their move, as was the ability to be close to some of the family. They are thinking of spending Augusts in Wisconsin.

An interesting couple? You better believe it!