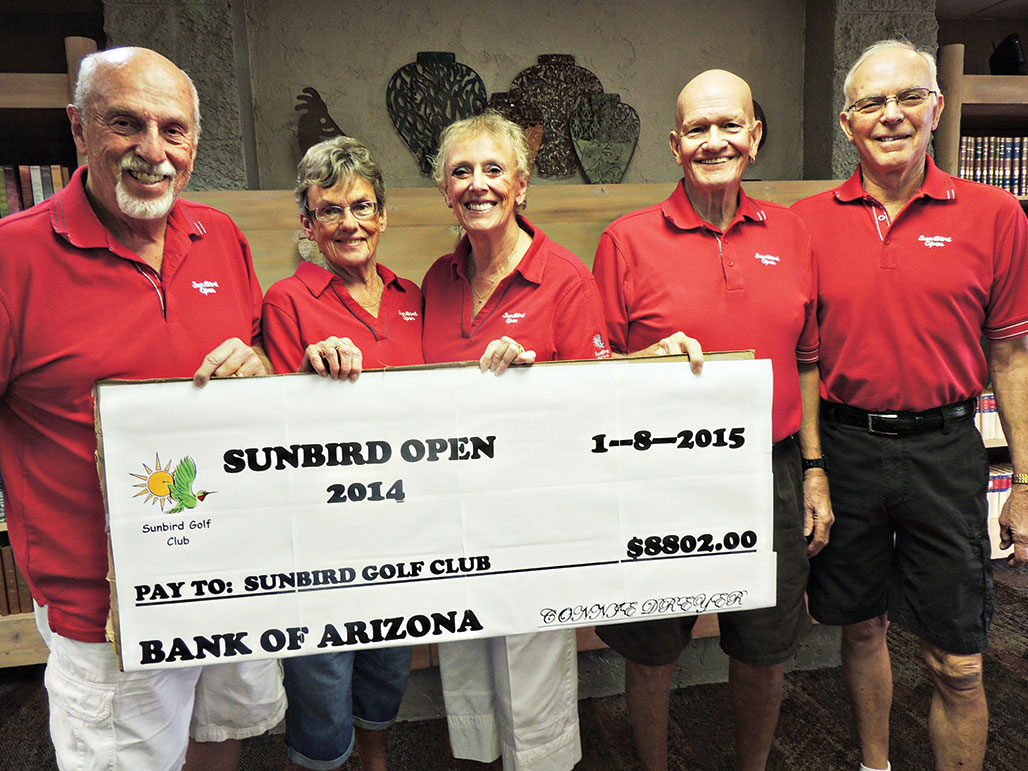 The December 2014 SunBird Open winners of the Golf Tournament were as follows:

The committee members of this fifth Open Tournament wish to thank the 36 teams who participated, the business and SunBird members who donated and the 16 course workers, all of whom made this the best ever tournament earning $8,802 for the golf course.