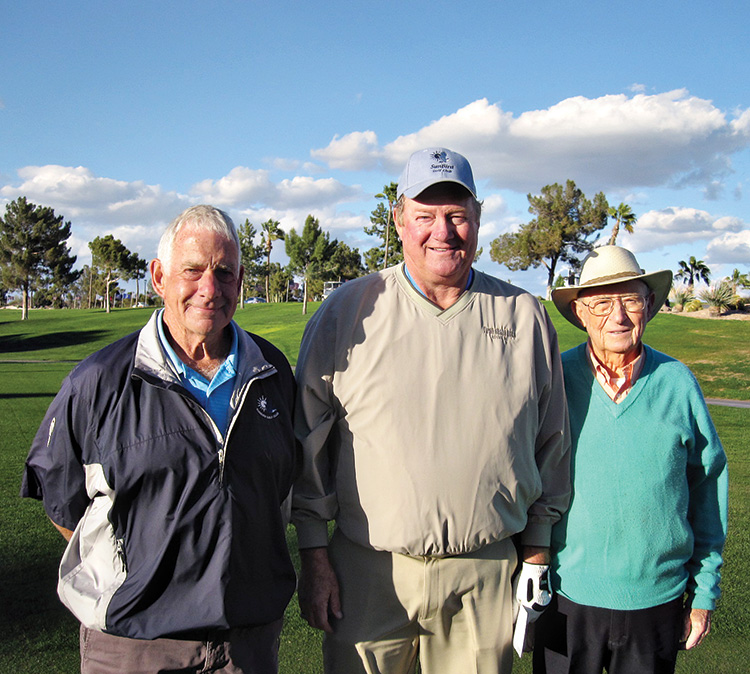 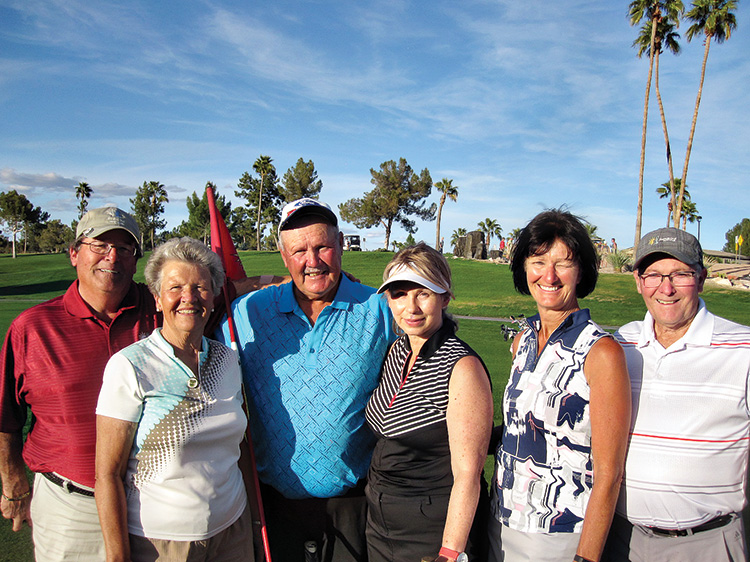 There were two shootouts held in February and early March at the SunBird Golf Club. These were the Men’s Golf Club net score shootout on February 17 and the Men’s Club/Ladies 18ers couples gross score shootout on March 3. Shootouts consist of 10 qualifying players or teams starting out on the first hole. The player or team with the highest score is eliminated from the first hole. This continues until there are only two players or teams left at the start of the ninth hole. The survivor with the lowest score on this last hole is declared the champion. In the case of a high score tie on a hole, a chip off is held, and the farthest from the hole determines who is eliminated.

In the Couples Gross Shootout, the winner was the team of Fred Nixon and Dolly White. Finishing second and third, respectively, were Bob Gerber and Melissa Craig and Gary Hodges and Marsha Brockish. Rounding out, the remaining qualifiers were Glenn Ketchum and Heather Verbitsky, Don Hunt and Wendie Cameron, Wayne Onyx and Pat McInnes, Lew Lepore and Jackie Huyghebaert, Dean Huyghebaert and Muriel Krushelnicki, Eric Gossling and Cindy Vig and Rod McInnes and Karen Gilmore.

The last shootout of the season, the Men’s Gross Score event, was held on March 10. News article deadlines did not allow for reporting of these results.