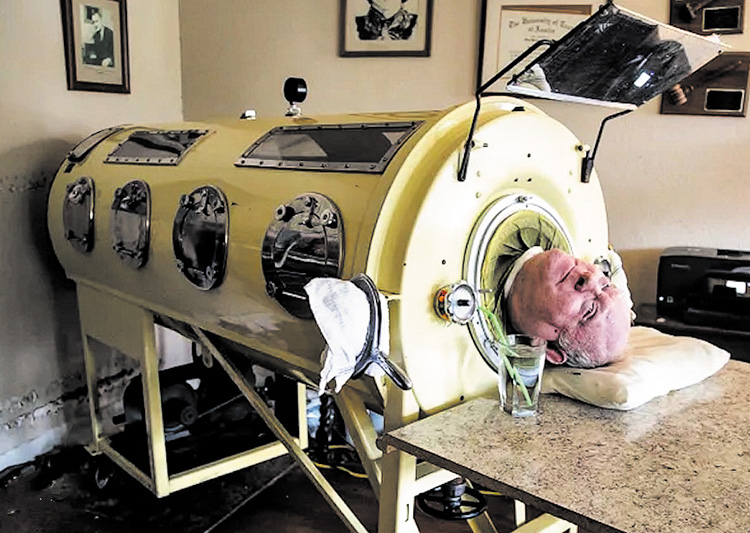 Since 1985, the program to eradicate polio, called PolioPlus®, has been Rotary International’s primary effort to eliminate this dreaded disease from the world stage. It has been described as the finest humanitarian project by a non-governmental organization the world has ever known. Rotary has been nominated for the Nobel Peace Prize for its efforts. Rotary has contributed more than $1.3 billion and countless volunteer hours to protect more than two billion children worldwide. In addition, Rotary’s advocacy efforts have played a role in decisions by donor governments to contribute over $10 billion. To date, the Sun Lakes Rotary Club has donated more than $100,000 to this effort.

In the 1950s, ‘60s, and ‘70s, virtually every person knew someone in their family or circle of friends who had polio. In the early 1950s, there were annually more than 55,000 cases of polio in the United States. Worldwide, there were perhaps 500,000 cases of polio. Of that number, 50,000 children a year would die from the disease, and thousands more would be crippled, paralyzed, or suffer lifelong disabilities. Today, most young people in the United States haven’t heard of polio, let alone know someone who had the disease. And an Iron Lung? What’s that?

In 1988, polio thrived in 125 nations of the world with an estimated 350,000 additional cases added every year. But Rotary took on the project—one country at a time. The first big immunization day was in Mexico where 13 million children were immunized. Then, the effort went to Central America and South America. One nation after another became “polio free.”

Rotary has been working to eradicate polio for 34 years, and we’ve made incredible progress in the fight to rid the world of it forever. As a founding partner of the Global Polio Eradication Initiative, Rotary has helped to reduce polio cases by more than 99.9 percent, from 350,000 cases to 22 reported cases in 2017. It remains crucial to eliminate polio from the last three countries where it remains endemic—Pakistan, Afghanistan, and Nigeria. And good news: Nigeria may be certified polio-free this coming December, when it will have accomplished interruption of Wild Polio Virus (WPV) transmission for more than three years.

Despite the progress achieved since 1988, if a single child remains infected with poliovirus, children in all countries are at risk of contracting the disease. The poliovirus can easily be imported into a polio-free country and can spread rapidly amongst unimmunized populations. Failure to eradicate polio could result in as many as 200,000 new cases every year, within 10 years, all over the world.

There is no cure for polio. It can only be prevented. Polio vaccine, given multiple times, can protect a child for life.

If you would like to learn more or help, you can check out your Sun Lakes Rotary Club at https://sunlakesrotary.com, or you may donate money directly by visiting https://my.rotary.org/en/take-action/end-polio.