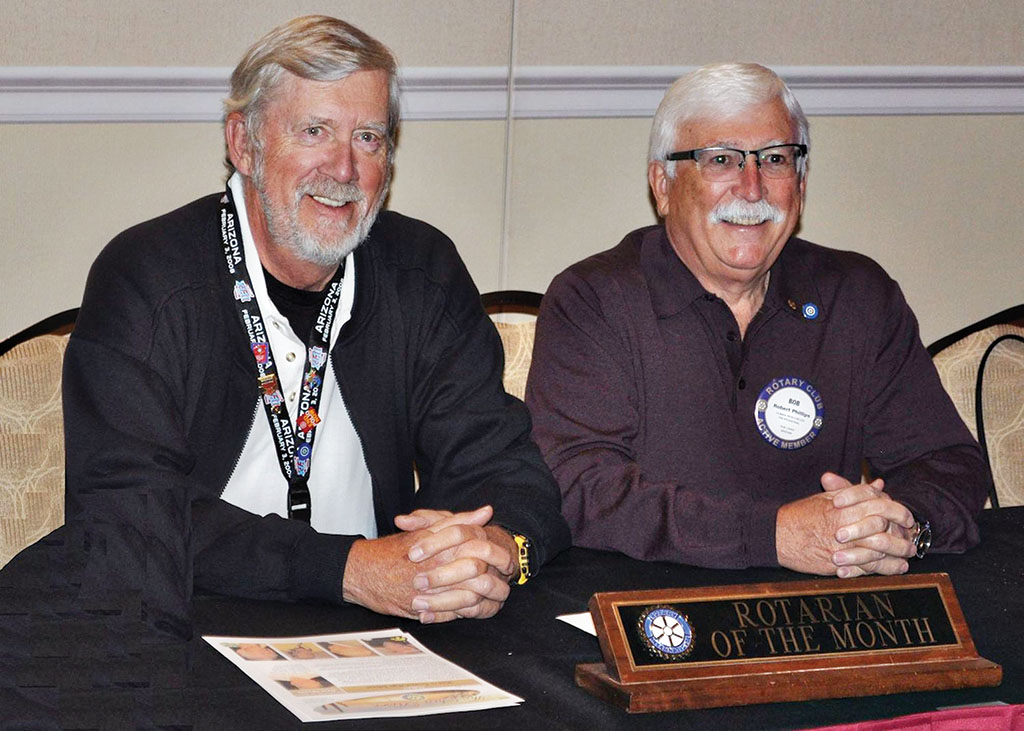 There was no way the Sun Lakes Rotary Club could just pick one Rotarian of the Month for December; not after the spectacular job Bob Phillips and Greg Jewell did heading up the recently successful Rotary Pancake Breakfast in November 2015.

Bob Phillips joined the club in August 2014. Two months later, Greg Jewell joined the club. Neither one really knew what was in store for them when they served pancakes at the Rotary breakfast in 2014. For them, it was just another club event. But club leadership had other things in mind. They were drafted in early 2015 to begin planning and organizing for the upcoming event later that year. Bob brought with him years as a Vice President of human resources for a management consulting firm in Portland, Oregon. Greg had a career in field service of analytical instruments. Both had the disciplines and talents for the job at hand.

Over 1,000 residents of Sun Lakes and beyond attended the breakfast, professing delight in the event, not to mention the outstanding pancakes, bacon, sausage, coffee and juice. It was a successful achievement for which they were honored at the first meeting of the club in December.

The Rotary Club of Sun Lakes meets for breakfast every Tuesday morning at 6:30 a.m. in the Oakwood Country Club Ballroom. The meetings start at 7:00 a.m. and end promptly at 8:00 a.m. The cost of breakfast is $12. To make reservations for any meeting, contact Rotarian Don Prestin at 480-802-0439.