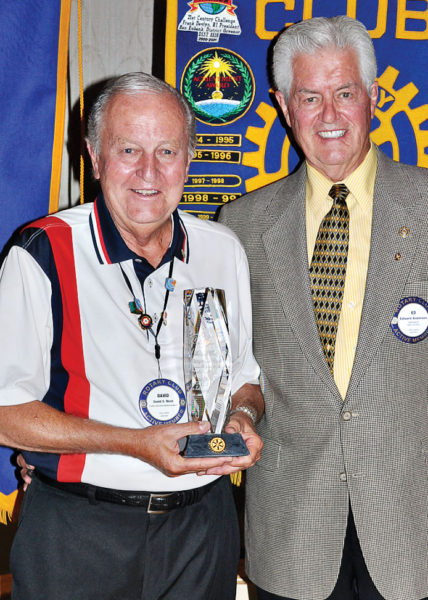 David Mork has been a Rotarian for 34 years, starting in Woodbury, MN, in 1980 where he served as the club’s first president, and then held many other district positions for over 10 years. David joined Sun Lakes Rotary in 2005 where he has been and is Chairman of the Heritage Project, Club Historian and the Club Treasurer.

This past year, David drafted a new three-year Strategic Plan and revised the club’s Bylaws. Also, he updated the club’s accounting systems so, “We are now in the 21st century,” according Club President Ed Anderson. “He has been a phenomenal asset to our club,” he adds, “and most deserving of this recognition.”

He received his B.A. from University of Minnesota and as a CPA has been a 40+ year member of the American Society of Certified Public Accountants, awarded Honorary Status in 2015; then awarded the Lifetime Achievement Award by the Minnesota Society of CPAs in 2007.

David and his wife Sandy have two children and four grandchildren.