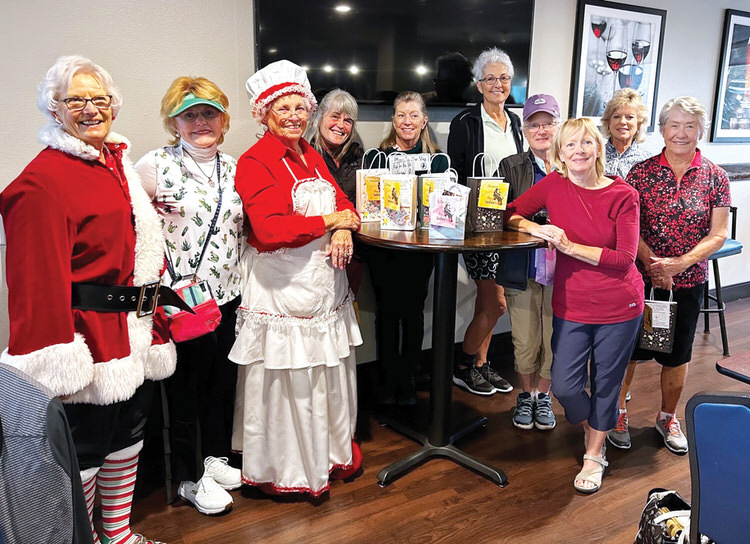 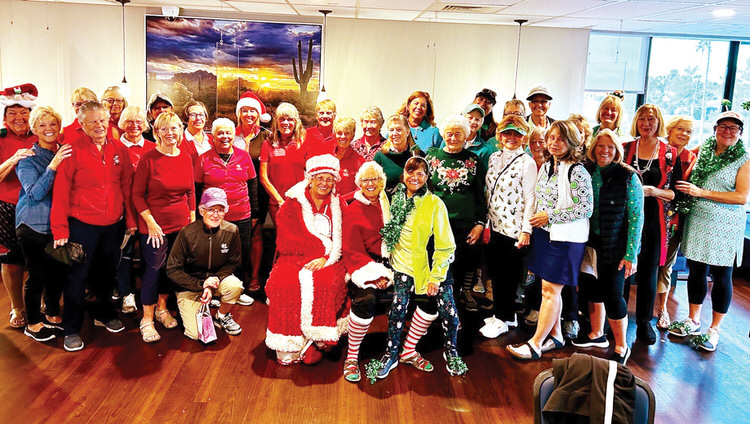 The SunBird Lady 18ers have had a busy November and December organizing and participating in a number of golf activities.

Six more ladies (Pauline Cantera, Judy Corkery, Karen Hall, Dawn Muench, Zee Walton, and Cindy Wilson) joined our league, for a total of 16 new members this year. We are pleased to welcome them to our league, as were Santa and Mrs. Claus who attended the December monthly meeting to welcome some of the new members.

On Nov. 29 the SunBird Lady 9ers hosted the Lady 18ers for nine holes of golf involving dice! There were over 70 golfers. The game involved each player hitting their first drive from the yellow tees, then rolling a die to determine whose drive to use, and then playing a scramble from there. There were four winning teams on the front nine and four winning teams on the back nine. The golf game was followed by a delicious salad luncheon catered by the 9ers in the Lakeview Room. A very big thank you to the 9ers for hosting such an enjoyable event.

On Dec. 6 the ladies had their monthly meeting over a breakfast prepared by the Horizon Room, and to help them get into the holiday spirit, Santa and Mrs. Claus attended. At the meeting, hole-in-one certificates were handed out to Marsha Brockish and Karen Gilmore, who each got a hole-in-one on hole 17 on April 30, 2022, and Nov. 15, 2022, respectively. Congratulations, Marsha and Karen!

Stay tuned for more activities, including a Home and Home at SunBird on Feb. 7 with players from SunBird, Springfield, Sun Lakes, Ironwood, and Poston Butte Golf Courses; the SunBird Cup in February; and the Club Championship in March, to name just a few.