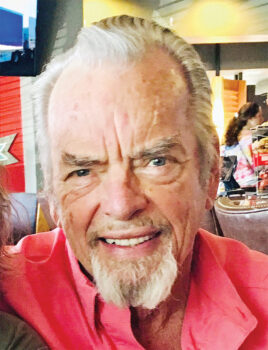 Charles “Ernie” Bastin was born in Vancouver, B.C., in 1937. His family moved to Oregon, and he later joined the Army Corps of Engineers, working on dredges as a deckhand along the West Coast, establishing a deep love of the sea.

He later established an office machine business in Tigard, Ore., and later grew into office design and system furniture. He sold his businesses and began to realize his dream of sailing on the open sea.

Ernie and his wife “Sam” sailed the West Coast to Mexico for a year, then brought their live-aboard boat from Miami through the Panama Canal back home to Oregon, later sailing north to Alaska and extensive Canadian waters.

Retiring in Arizona, he loved his SunBird home. Known to friends here as “Big E,” he enjoyed the sunshine, golfing, and good friends.

He died peacefully at home on Dec. 14, 2021. He is survived by his wife Cynthia “Sam” Bastin and a blended family of four children and seven grandchildren. 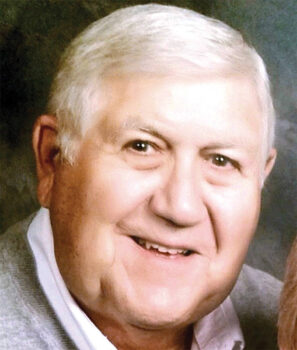 Hank graduated from Holton High School in 1956. He received his bachelor’s degree from Baylor University in 1960 and was a member of the basketball and track and field teams. In 1968 he earned his master’s degree in education from Miami University in Oxford, Ohio.

Hank had a distinguished career in teaching, coaching, and administration for 36 years at the Ross Local School District, Hamilton City Schools, and Princeton Schools in Cincinnati, Ohio. He took great joy in crossing paths with former students and called them by name. Known for his magnetic leadership and eloquence, he also had a strong sense of humor and loved to engage friends with his latest joke.

Bible teaching, sports, and coaching were Hank’s passions. He and Pat retired to the SunBird Golf Community in Chandler, Ariz., where he was active in the Community Church of SunBird. He faithfully served as a worship leader, lay pastor, choir member, and community Bible study leader.

A celebration of Hank’s life will be held in the SunBird ballroom on Monday, April 4, at 2 p.m. In lieu of flowers, donations can be made to the Music Department of the Community Church of SunBird or toward the purchase of a memorial bench in the SunBird community in Hank’s honor. Donations may be sent to Pat Miller, 6701 S. Championship Drive, Chandler, AZ 85249.