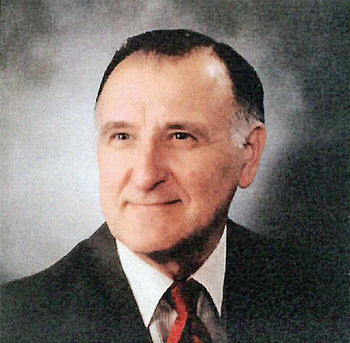 Wayne Earl Haber died on Dec. 14, 2021. Wayne is survived by his wife of 57 years, Myra Haber, his sons Vaughn (Wendy Martens) Haber and Jan Earl (Cheryl) Haber, his sister Marsha Marti, his brothers-in-law Lyle (Karyl) Engbarth and Ferrel Engbarth, his sister-in-law Margy Engbarth, and other relatives and friends. He was preceded in death by his parents and his brothers-in-law Roger Marti, Roland Engbarth, and Darrell (Jean) Engbarth.

Wayne was born Dec. 19, 1937, in New Ulm, Minn., to Earl and Eleanora (Radloff) Haber. He was a 1956 graduate of New Ulm High School. After graduation, Wayne enlisted in the Navy. He served from 1956 to 1959. Wayne was united in marriage to Myra Engbarth in New Ulm on Oct. 6, 1964. This union blessed the couple with two sons. Wayne was employed with 3M for over 30 years. After retirement in 1995, Wayne and Myra moved to their lake home on Big Kandiyohi, near Lake Lillian, then spent winters in Chandler, Ariz. Wayne enjoyed fishing, playing cards, shuffleboard, and taking family vacations. Blessed be his memory.

Irene was born in Valley City, N.D., on May 26, 1931, and grew up in Carrington, N.D. She married her high school sweetheart Gene on Thanksgiving Day, 1952. They moved to the Pacific Northwest in 1953, where Irene worked as a registered nurse in the emergency room at Renton Hospital and Valley Medical Center.

Gene and Irene purchased a home in SunBird in 1995. They spent winters in SunBird and summers in Maple Valley, Wash., for more than 20 years. They hosted annual family vacations at Ocean Shores, Wash., and Sunriver, Ore., with their children and grandchildren. Irene was an avid golfer with three holes-in-one and was active with the Kare Bears and taking blood pressures in the clubhouse. She participated in many of the activities in the SunBird clubhouse.

Irene is survived by her two brothers; four children: Steve, Mary (currently living in SunBird), Laura, and Tim and their spouses; 14 grandchildren; and eight great-grandchildren. Gene preceded her in death in 2014.

A memorial mass was celebrated on Jan. 6 at All Saints Catholic Church in Puyallup, Wash., followed by a service at Tahoma National Cemetery in Kent, Wash.