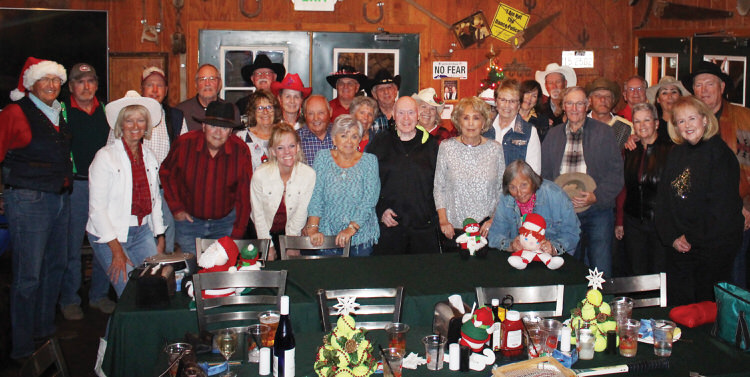 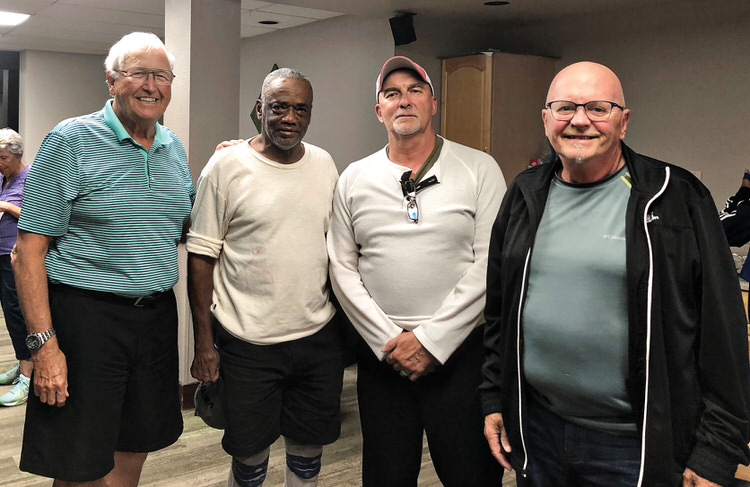 Whether you are a seasoned tennis veteran, a newbie wanting to learn a new sport, or someone who needs a restart into (what I consider to be) the best sport ever, we have a place for you. We offer a variety of drop-ins to allow you to practice your strokes, make new friends, and stay healthy and active (see schedule below). We also host and compete in tournaments with neighboring active communities and have fun social events like our annual holiday party.

I recently spoke with club member Perry Rollings on his re-entrance into the game. Perry had played competitive tennis as a youth, but then work, a family of three, and, well, life just “got in the way.” It had been more than 25 years since he had picked up a racquet. In fact, his strings were completely broken. He was speaking with fellow club member Jack Barber who convinced Perry to come out and hit. Perry has been hooked ever since, and I can attest that he is a formidable opponent and an equally good partner! He says that the experience has been “rewarding” this last year, as he has made great friends and has allowed him to stay active and healthy, as this is his predominant form of exercise.

Thanks to the outgoing leadership for their dedication and support.

Free tennis tip: What you do after you hit an approach shot is just as crucial as the shot itself. Coming forward after your approach shot provides the best volley options and limits your opponent’s passing angles.

Mixed: Wednesdays and Fridays from 9 to 11 a.m.

We hope to see you on the courts!

For more information about the club and membership, please email John at [email protected]