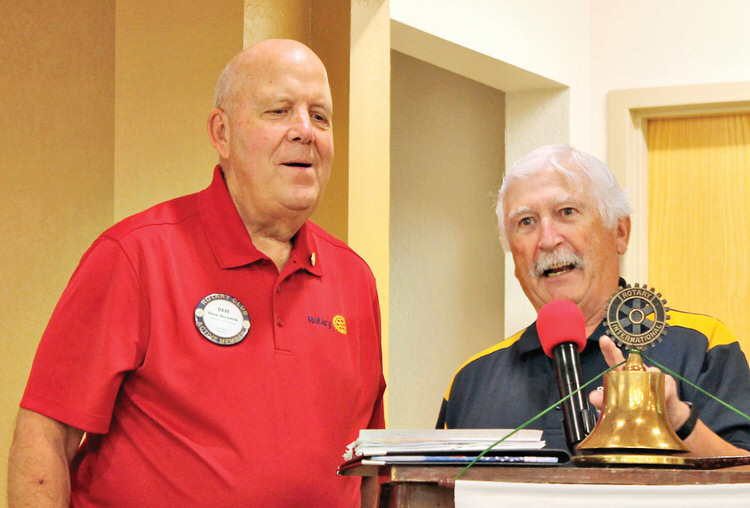 Left to right: Dave Ouradnik and Bob Phillips providing RCSL members with information about the club’s 2023 Golf Tournament, a fundraiser that they jointly chair

Bob Phillips joined RCSL in August 2013 and, over the years, has led various club fundraisers, as well as volunteered within RCSL community service projects. Before joining the Sun Lakes Rotary Club in April 2018, Dave was a member of the Fargo Lions Club and found himself very involved in that club’s community projects. He brought that same community involvement and his “get things done” attitude to RCSL.