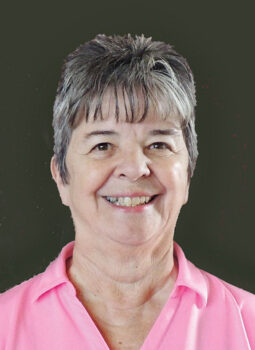 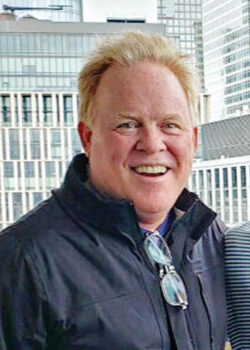 The SunBird Golf Resort Homeowners Association will have three board of directors seats open for election this year. Two are for three-year terms, and one is for a one-year term of service. The two candidates receiving the most votes will be elected to two-year terms. The candidate information was published in the July and August issues of the SunBird News as well as the SunBird website, SunBird e-blast, and posted at the clubhouse. Two homeowners have expressed interest in filling these positions by completing the candidate application forms and submitting a campaign statement to the Election Committee. Although we have two candidates and three positions available, an election process is still required for candidates to be elected to serve on the board. Ballots will be mailed to all homeowners on Oct. 3, with the deadline for returning on Nov. 15 at 4 p.m. If a ballot is not received, please contact the SunBird office at 480-802-4901.

I previously served on SunBird’s Board of Directors from 2015 through 2021. After my terms were over, I joined the Finance Committee. When a position on the board opened this year, I submitted my letter of interest in fulfilling that seat through the end of 2022. I was honored to be chosen to fulfill the vacancy.

One reason SunBird is so great is due to all the wonderful committees and volunteers. I hope to encourage more people to join a committee and become involved in other ways as well.

I’ve lived in SunBird full time for 29 years and have participated and continue to participate in many activities, such as shuffleboard, bean bag baseball, member of a trivia team, attend the tribute band shows and the luau, and volunteer in other ways.

I believe SunBird’s financial stability is one of the reasons people choose to live here. With inflation on the rise, difficult but necessary decisions will need to be made, and I will strive to make those decisions in the best interest of all of us.

My goal is to work on keeping SunBird the viable, friendly community that it is.

I hope I can count on your vote.

I am interested in pursuing a position on the SunBird HOA Board of Directors. I have been a homeowner at SunBird since October 2020. Active member of pickleball, swimming, ceramics, hiking, and golf. Volunteered to dig ditches, pour concrete, demolish and rebuild bridges, M/C HOA functions, lead the Fundraising Committee, and more, suggesting that I am a very active homeowner, taking advantage of much that SunBird has to offer.

My work background has been sales and finance in the television and film industry, holding executive sales and management positions at Turner Broadcasting, Bloomberg TV, and currently own my own business and have been an entrepreneur for the last nine years.

During the 18 months that I have lived here, I have been impressed with the way SunBird is managed and run. My sales background puts me in a position to understand the big picture financially, and I feel that my skill set can be useful to the board. In addition, spending time with all the groups listed has allowed me to see and hear opinions and feedback from a wide variety of homeowners. Thank you, and I look forward to the opportunity.