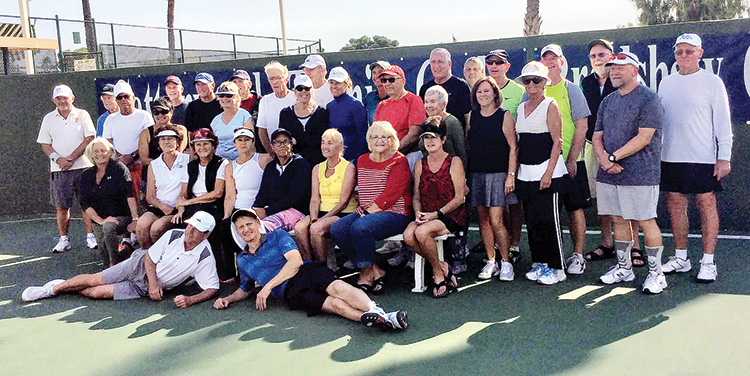 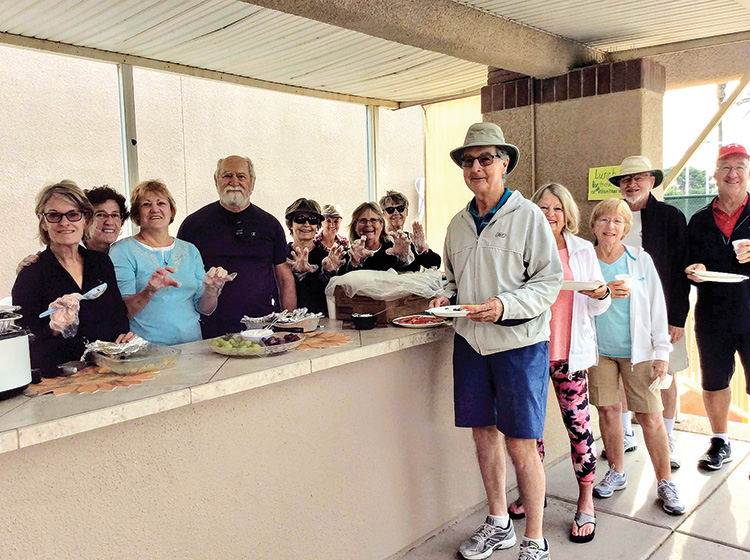 Players and spectators stand in line for lunch served by volunteers.

The Bradshaw Tennis Tournament, recently held on the Cottonwood courts, brought four local tennis clubs together to compete in one place. Not only did the 132 competitors enjoy the experience of playing against teams they normally don’t play, the competition also drew many spectators from the Cottonwood, Oakwood, Sun Lakes Country Club, and SunBird communities.

Winners and runners-up in the eight divisions were:

In addition to tennis at eight different levels, players and spectators enjoyed morning snacks and coffee, delicious lunches, and lots of scrumptious desserts. Under the direction of Gwynda Allen, more than 30 people helped prepare and serve the food and snacks.

Although there is no way to determine it exactly, planners estimated that over the seven days, more than 1,600 spectators attended. The Bradshaw, the largest tournament held annually in Sun Lakes, is named after Ken Bradshaw, the first president of the Cottonwood Tennis Club.

Although it is held on the Cottonwood tennis courts, it is open to tennis players from all the local tennis clubs.