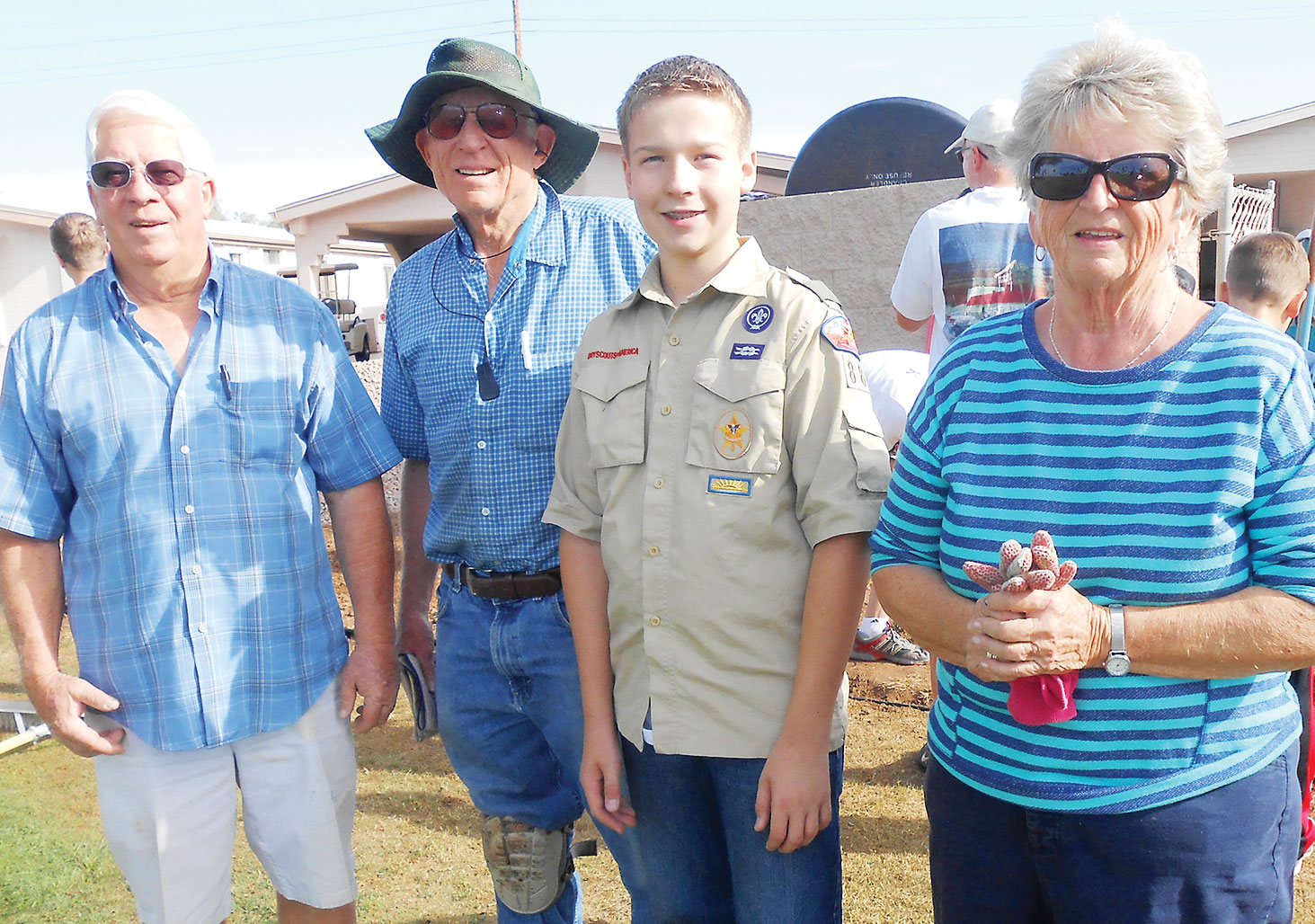 Part of the enjoyment of residing in SunBird is the beauty of the grounds. Much credit is due to our diligent SunBird ground crew. However, often willing volunteers donate their time and funds to add beauty to the landscape. Such was the case of an unsightly piece of ground occupied by a dumpster in the area just east of the Riggs gate on Oakmont.

The land was made attractive due to the effort of Blake C. Newton to earn an Eagle Scout badge. He came with members of the Mormon Church prepared to work and less than four hours later, the area was transformed.

Appreciation is due to Four Peaks Pest Control, Mort’s Concrete, Gudie Huffman and Garden Club for plant design and several cacti. Among those who donated funds for plants and gravel are Chuck Warren, Lee Soloman and Dave Meyer.

Have a look when walking or driving by to see what teamwork can achieve. The improvement will be obvious.