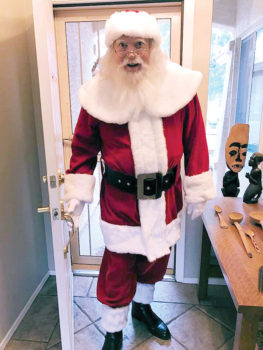 On Tuesday, December 6, Daniel Robertson will present a fascinating talk, “Understanding the Power of Hypnosis.” Dan began his business career investing in and developing mountain recreational real estate. That evolved into building commercial office and industrial buildings in the Bay area.

In 1980, he moved to Scottsdale and continued with real estate investments and development. He became one of the early franchisees of Chuck E. Cheese, Pizza Time Theater.

In 1993, Dan was diagnosed with colon cancer. He had the cancer surgically removed before starting a regimen of radiation and chemotherapy. He was told by a friend to use hypnosis so as not to experience the terrible side effects of the radiation and chemotherapy. It worked, and having no side effects from the cancer treatments, he made a career change to become a clinical hypnotherapist.

Dan has been practicing clinical hypnosis since 1993, and has discovered that most people have no understanding of hypnosis. He enjoys teaching the concepts of the natural phenomenon of hypnotic trance; and will do so at the December 6 Rotary breakfast.

On Tuesday, December 27th, a mystery guest, breathing a sigh of relief following an exhausting month, will share insights into his life and the pressures of meeting worldwide obligations brought to him by millions of children. You will want to hear him.