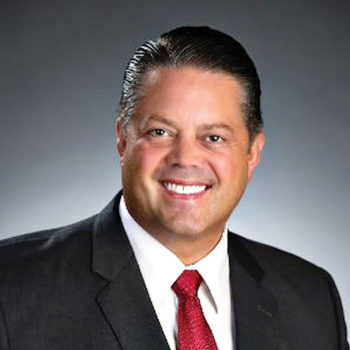 On Tuesday, May 2, Jason Bagley, Government Affairs Manager at Intel Corporation, will present an Intel update to the Sun Lakes Rotary Club. Bagley has invested more than 30 years as a public affairs professional. He currently manages government affairs for Intel Corporation’s U.S. Southwest Region. This region includes more than $20 billion of investment in Intel’s leading-edge manufacturing capacity as well as significant research and development. He leads Intel’s public policy strategy and engagement with government officials at the local, state and federal levels for this region.

Previous to Intel, Bagley worked as a Public Relations Manager in the high-tech industry as well as public education. He also enjoyed a two-year stint as on-air talent at KSFI/KDYL radio in Salt Lake City.

He is based in Phoenix and serves in leadership roles on the boards of several area business associations, including the Greater Phoenix Economic Council, Arizona Chamber of Commerce and Industry, Arizona Manufacturers Council and Arizona Tax Research Association. He is a long-time volunteer leader in the Boy Scouts of America and regularly volunteers in local public schools through Intel’s employee volunteerism initiative. He was named by the Arizona Capital Times as 2009 Business Leader of the Year in Public Policy as well as the 2011 Advocate of the Year by the Arizona Manufacturers Council.

On Tuesday, May 16, Matthew K. Scott, Arizona SAR Color Guard Commander, will be the speaker. His presentation will focus on the “Selection and Burial of the First Unknown Soldier in Arlington Cemetery.” His research includes the use of a report developed by his grandfather, who was a clerk in the Cemetery Division of the Department of War and who was directed to document the details of the ceremony in France and the burial in Arlington in November of 1921.

Scott is fortunate to have grown up in the DC suburbs where his family was not only involved in the defense industry, but his mother, who worked in the Senate, was also a ‘docent’ in the DAR in Washington, D.C. Scott’s family reaches back to the Continental Army in Yarmouth, Massachusetts, and also to the Mayflower landing in Plymouth, Massachusetts. Throughout his early life, he and his family spent time at Arlington National Cemetery, for not only the burial of family and relatives, but also for various celebrations of historical significance. Scott’s dad, an Army Air Corp veteran, and his mother, a Navy Chief Yeoman, are both buried in Arlington National Cemetery.

The Rotary Club of Sun Lakes meets for breakfast every Tuesday morning at 6:30 a.m. in the Oakwood Country Club Ballroom. The meetings start at 7:00 and end promptly at 8:00 a.m. Cost of breakfast is $12. To make reservations for any meeting, contact Rotarian Fred DePrez at 480-892-7499. For Sun Lakes residents, if you want to know more about the club, contact Charles Loew at 602-721-3680. SunBird residents should contact Walt Mills at 480-883-8007. www.sunlakesrotary.com.