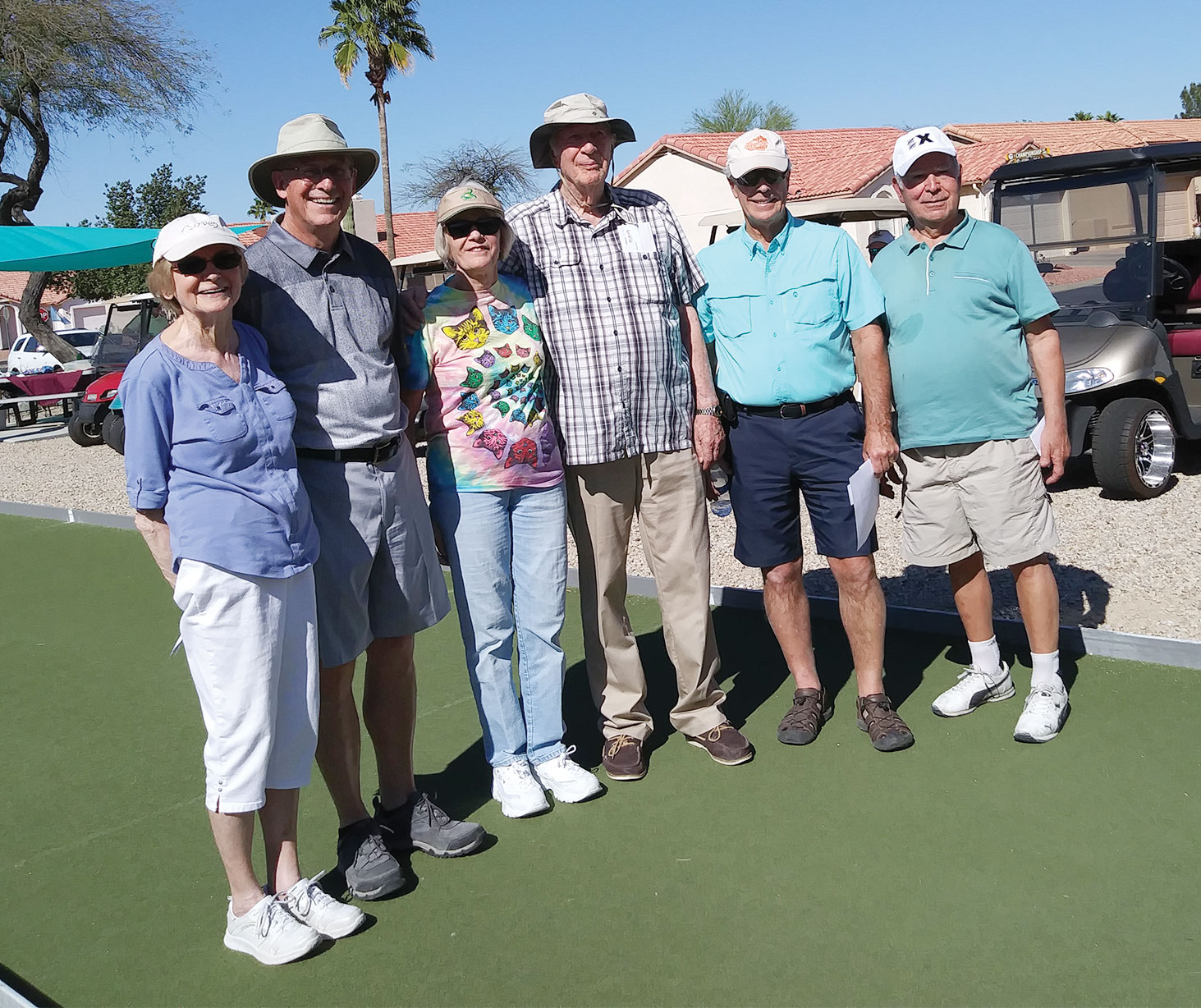 The 2019 Bocce Ball Marathon is complete. The competition was amazing, with SunBird residents showing skills they didn’t even know they possessed. From the second week of January through mid-March, 94 SunBird residents participated in over 1000 games of bocce. The marathon participants were divided into four leagues, and each competing team played each team on their league roster. Cash prizes were awarded for the top five places in each league. Competition ended March 17. The play-off event was held on March 30 with a large number of participants and spectators.

Our top champions for the marathon were the Crazy Cats team of Frank and Janet Rosenstock. Second place went to team Rollin’ Stones, John and Joanne Pfeifer. Our other finalists were Wisconsin Rollers, Gary and Suzanne Popelka, and the team I1 2 Limoncello with Gerry Corrie and Carmello Giarusso. Congratulations to all the teams for a fantastic marathon.

The 2020 Bocce Ball Marathon is now being organized. If you are interested in joining the planning committee, please contact Dianne Reed at 612-616-9431.