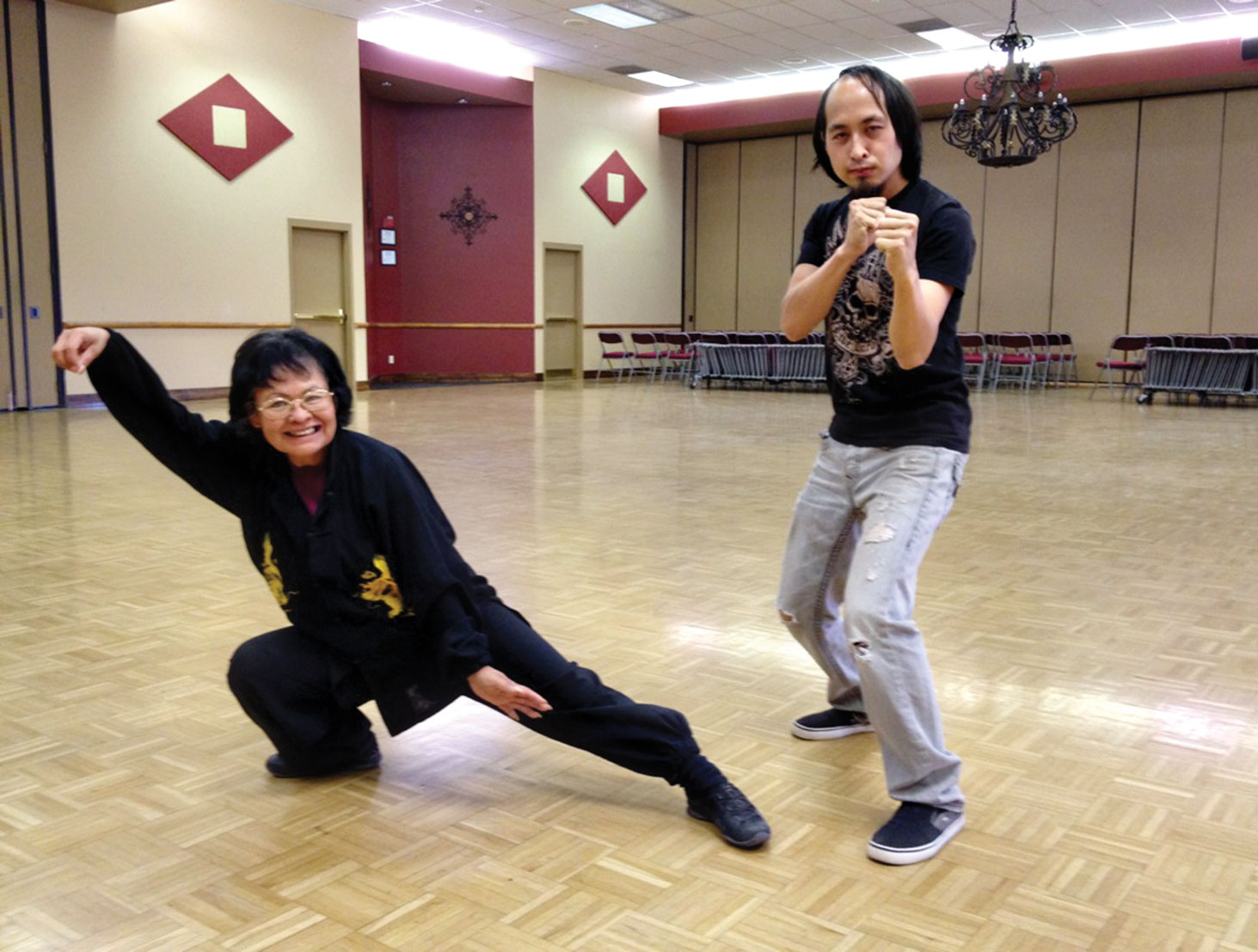 On March 18, the SunBird Tai Chi class welcomed visitors Chiyoko Starkel and her son, Cody. Chiyoko teaches Tai Chi at the Mesa Senior Center and also at Casa Grande. She has received several competitive awards. For us, she demonstrated various forms of Tai Chi, including the fan and sword routines. Cody, a power in his own right, demonstrated his talent at Kung Fu. We thank you, Chiyoko and Cody!

Did you know that Tai Chi consists of a series of slow, fluid moves done softly and gently using breathing techniques for healthy biorhythms? It’s especially good for seniors! Interested?

The SunBird Tai Chi class meets every weekday Monday through Friday from 9:00-10:00 a.m. Classes are held in the Clubhouse Ballroom each day, except Fridays when classes are held upstairs in the mirrored Navajo Room. No fees; no sign-up.