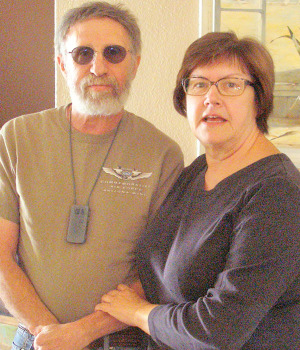 The Viet Nam War, between South and North Viet Nam, finally ended in 1973, but not before 58,000 Americans died. The divisive war had become increasingly unpopular in our country and led to riots on college campuses, often spilling into the streets, as in the incident at Kent State.

Our military, which had fought gallantly, encountered verbal and often physical abuse on their return home. Bing Solomon was not excluded from this uncalled for treatment. Nevertheless, he is proud of his service and still has his uniform, which “I can’t get into,” he comments.

A native of Minnesota, Bing was a sprinter in track and a swimmer in high school. When newly graduated in 1965, he was quickly drafted and sent to Southeast Asia. He was a motor sergeant with heavy artillery, and the concussion affected his hearing. He returned home with an E-5 rank.

Using the GI Bill, he earned a degree in Mechanical Engineering and a second in International Business and Law. He also has a degree in Automotive Technician. Plus there are two MA degrees in the mix.

Raised in Illinois with three younger brothers, Sharon completed college at Bradley University, which led to a 41-year career with Caterpillar. She stated, “I have called on dealers throughout the United States and most of the continents, but I really liked Australia.”

Bing became aware of SunBird in the ‘90s and together they decided to rent a villa here. This led to buying one and intending to become snowbirds. Eventually, they chose to sell their Midwest home. Since, they have purchased a larger home and become permanent SunBird residents. But the unpacking continues.

They consider the climate agreeable and SunBird a great community. Bing is admittedly an active person who has several interests. He builds and flies radio-controlled airplanes and is interested in street rods. Sharon’s hobby is many forms of quilting and knitting. Most of her labor is given to various charities.

Sharon has extensively traveled throughout the world and Bing has visited most of the western states, Mexico and Canada.

This interesting duo is outgoing and versatile. They are a perfect fit for living among our friendly and active residents. If you do meet them, you will quickly comprehend how interesting and unique they truly are.