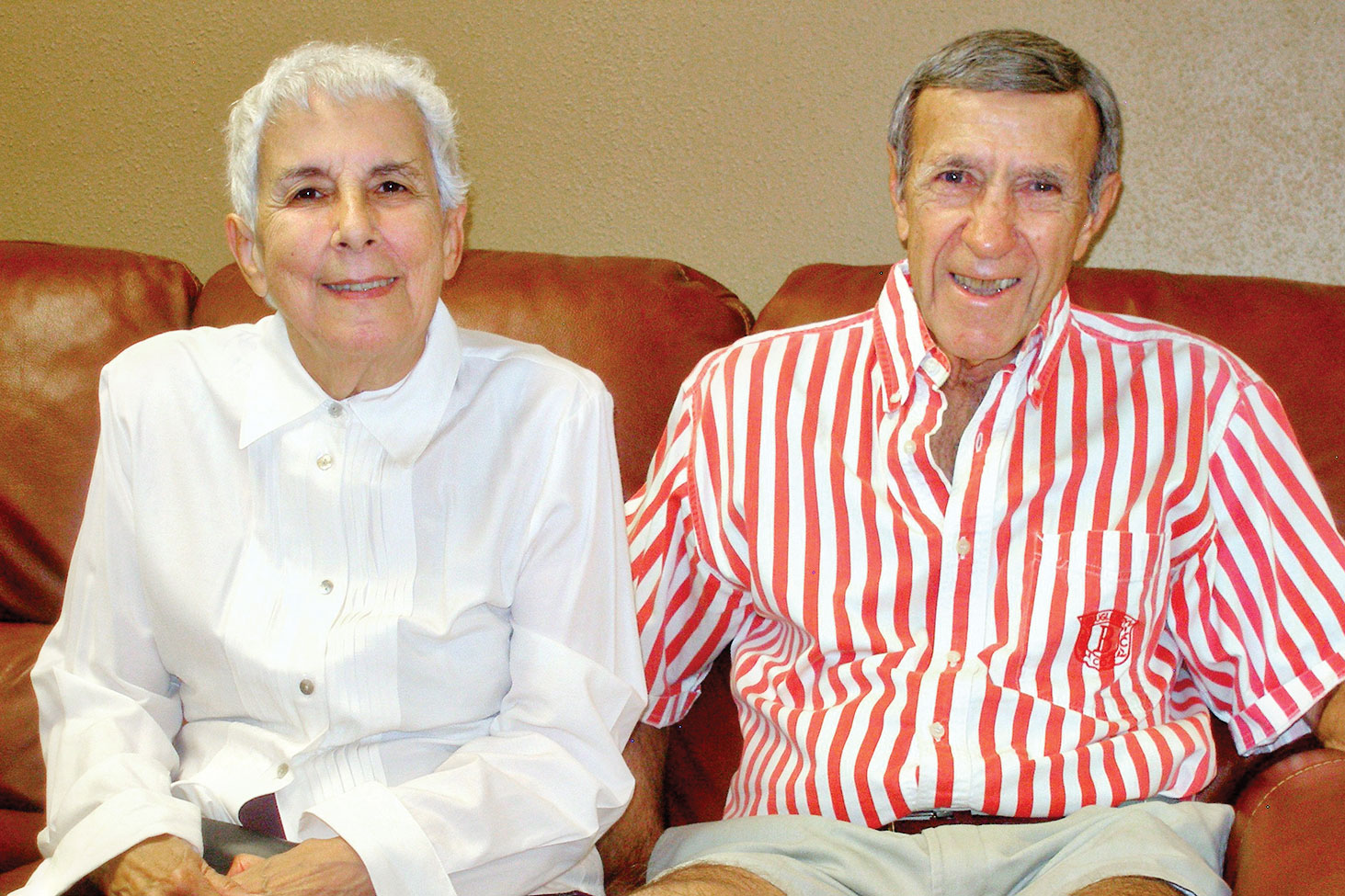 “While walking down a Steubenville, Ohio street in 1955, I heard a lady’s voice say, ‘Don’t I know you?’ I had attended some dances where she was present.” In 1957 Ed Treglia married Estelle Calvary, a union that has continued for 58 years.

Ed was discharged from the U S Navy as a third Class Petty Officer in 1955 after two years of duty. He had grown up in Ohio and graduated from Steubenville College with a BS degree in Electrical Engineering.

He then served as superintendent for a large hot strip steel mill.

Later, he became consultant and training coordinator for seven plants in three states.

Estelle was from Follansbee, West Virginia and had careers as a court stenographer, 25 years as a pharmacy technician, secretary and clerk at Sears. She volunteered at the local hospital, Chamber of Commerce and sang with the Sweet Adeline Group.

Both thrive on involvement. Some of Ed’s endeavors while in Ohio were safety director for the city, President pro tem for the Board of Health, Library Board, School Board, President of his church Parish Council, Executive Officer for Knights of Columbus for Ohio, adjunct Professor of Engineering Technologies for a community college, on the advisory boards of three other community college, and President or member of various social and fraternal clubs.

Ed is a model train enthusiast who moved his vast railroad ensemble from Ohio to Arizona. “I have enough track to go completely around outside the Clubhouse,” he claims. Although his five year old grandson is proficient with pads and smart phones, he inquired, “Grandpa, what’s a railroad?”

Estelle and Ed have an intense interest for worldwide travel and have taken 13 cruises, many four weeks long and transatlantic. In addition, they have traveled throughout the United States to places such as Olympics, Disney, world fairs, all-star game, and many national parks.

Neither Ed nor Estelle like cold winters full of snow and dreary days. “I never want to see snow again,” remarked Ed. Both are fairly immune to the summer heat; however, although they checked out other places, including Sun Lakes, they are more than content among the friendly residents of SunBird.