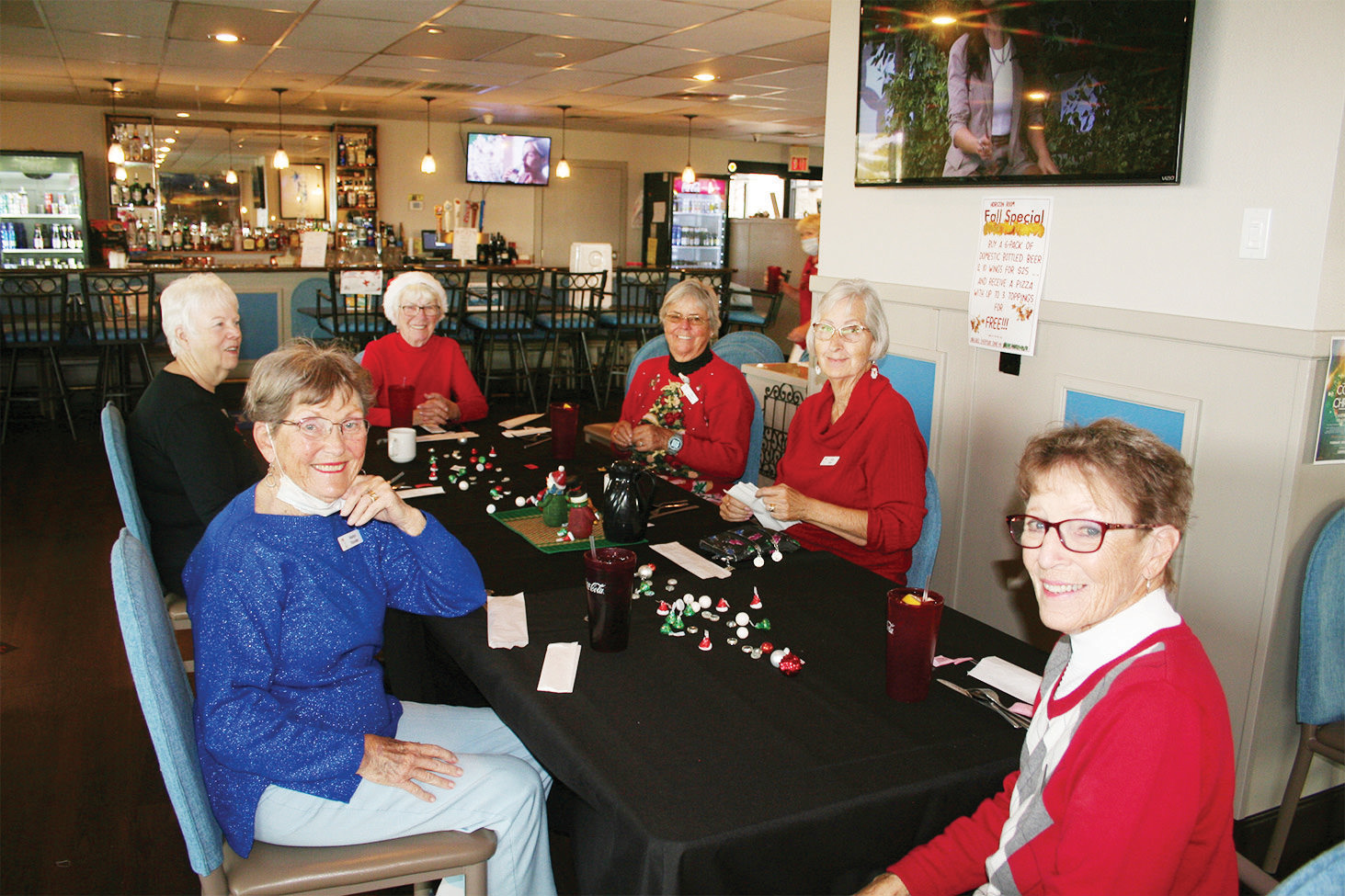 The SunBird Lady Niners continue to golf during the COVID-19 pandemic. Hopefully, we are all continuing to follow guidelines to prevent spreading of the virus, as more and more people in SunBird have been affected by the virus. Among the golfing recommendations are: pick up your own ball—it used to be considered good manners to pick up someone else’s ball, but not anymore. Also, stay at least six feet apart while on the course, even while visiting.

Thank you to all club members who contributed gifts at December’s meeting for the Police and Fire Department Funds represented by W. Steven Martin. Steven regaled us with a funny story about his red tennis shoes. Too long to tell the story, but the gist of it was that he always wears bright red tennis shoes to any important official event. He did just that when he went to the White House and met President Clinton and First Lady Hillary Clinton. When the First Lady saw his red shoes, she whispered something into the President’s ear, and the President came over and asked Steven about his red shoes, then went back over, and Steven assumed told the First Lady what he had been told. Later at the mixer, someone came up to him and asked “Who are you?” He said, “I’m with the Phoenix Toy Drive.” He said, “NO, WHO ARE YOU?” Steven asked, “Why,” and the gentleman responded, “Because that is the first time we have seen the First Lady talk to her husband since the Monica Lewinsky fiasco!”