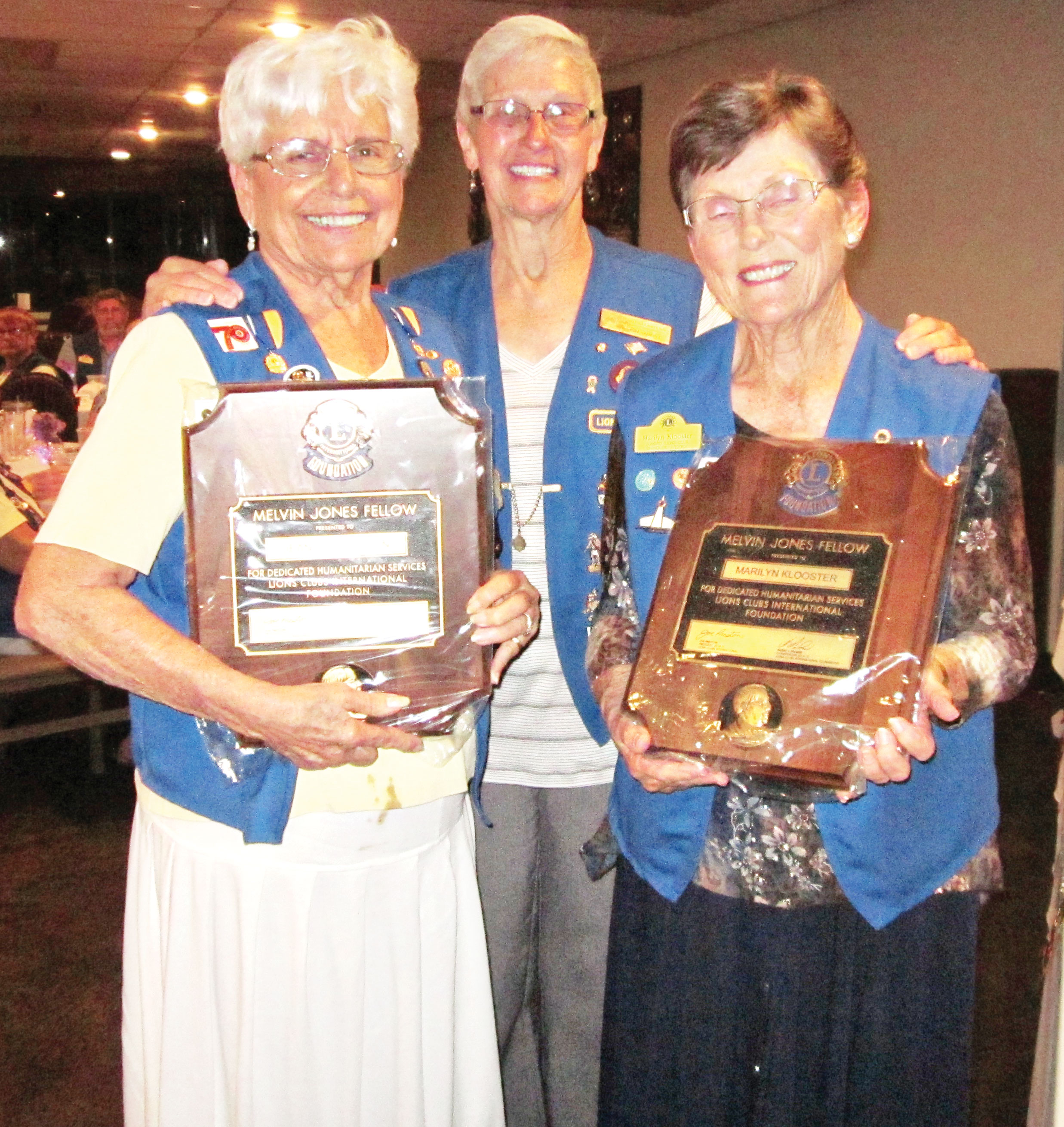 Lions Jean Boddington and Marilyn Klooster received the Melvin Jones Fellowship for their years of outstanding service to the SunBird Lions Club.

On April 21 the SunBird Lions celebrated 20 years of service to the community, the state and the world at their annual installation dinner. There were displays highlighting fundraising and service projects over the past 20 years. Guest speaker District 21-B Governor, Lion Larry Palmer, talked about the accomplishments of the club. He also installed the officers of the Basha High School LEO Club and the SunBird Lions Club for the fiscal year 2015-2016.

Lion President Carol presented President’s Appreciation medals to Lions Bill Reid, Sonja Haeffner, Marcia McHugh and Don Buss for their service to the club for the past year.