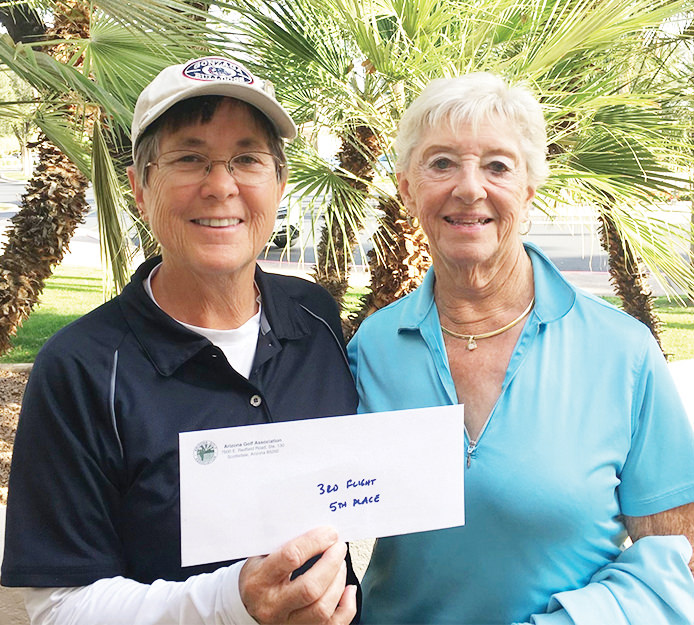 Congratulations to Cindy Vig and Jean Pritchard for placing fifth in their flight of 15 teams in the State Medallion Club Team Tournament. There were 122 club teams represented in the flighted tournament. The team score is based on the gross player’s score (Cindy’s) added to the net player’s score (Jean’s). The event was held at Oakwood Country Club on Jan. 15 and 16.

There are four Medallion qualifying rounds for the SBLGA 2021-22 season, including play which occurred on Dec. 14, Jan. 11, and Feb. 8, and upcoming play on March 8. Golfers total their two best rounds from these dates to determine who has the lowest two-game gross score and the lowest two-game net score. The winners will represent SunBird at the next Medallion Tournament in early 2023.

The Couples Gross Shootout is scheduled for the afternoon of March 11. Ladies’ qualifying rounds will be held on Feb. 8 and March 8. Come and cheer on your favorite golfers and win some money!

The Club Championship Tournament will be a two-week tournament held on March 8 and 15. This is a low gross tournament showcasing the top golfers in the league. Best of luck to everyone!