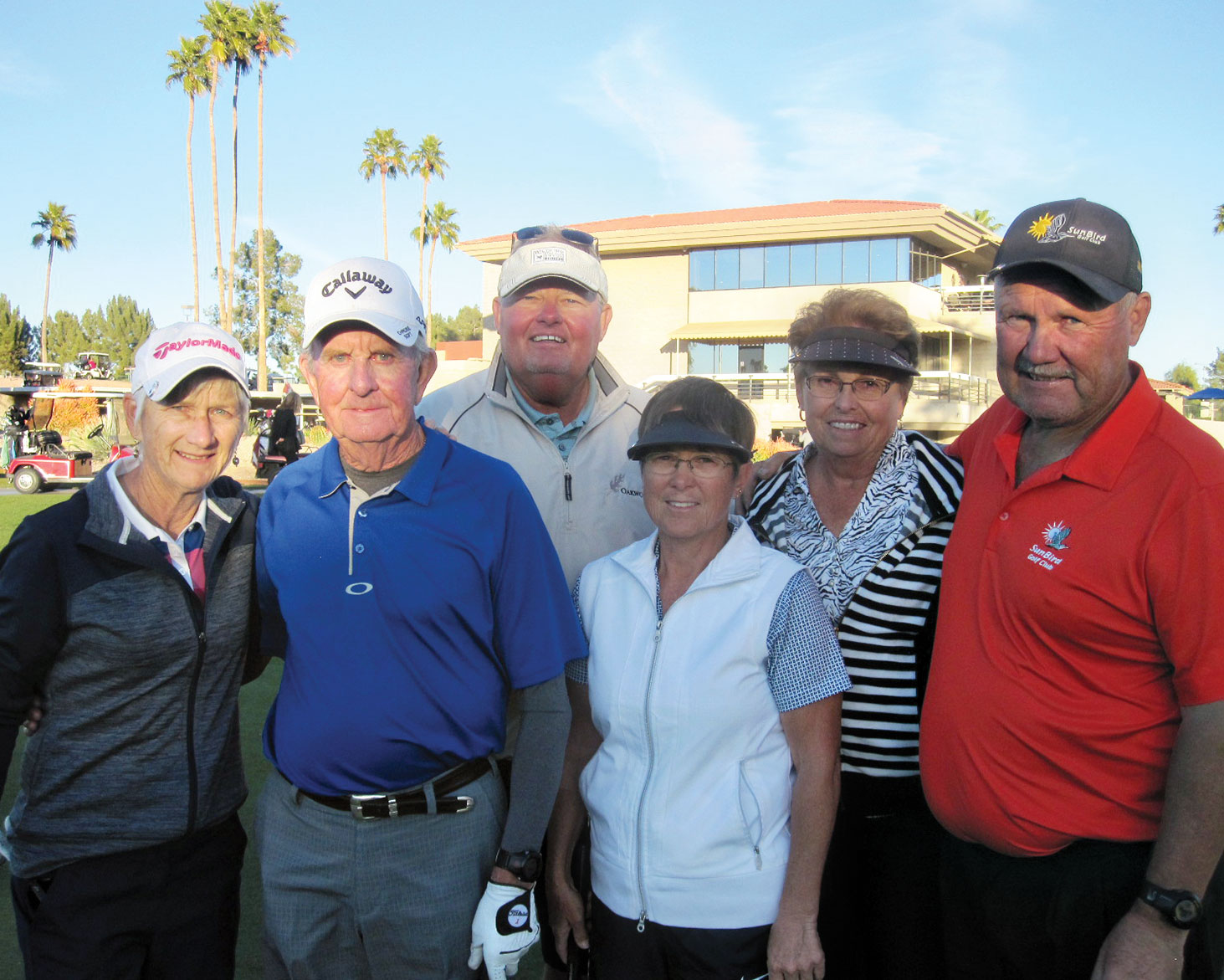 There were two golf association shoot outs held since the last report. They were the Men’s Golf Association Net Shoot Out held on February 18 and the Couples Gross Shoot Out sponsored by both the Men’s and Ladies’ Associations held on March 4. Qualifying to play in these shoot outs is done during regular association events held during the previous several weeks.

Shoot Outs are nine-hole events played on the front nine. Ten men, in the case of the Men’s net shoot out, start on the first hole. The player with the highest net score or the player, in the case of a tie-breaking chip off, whose chip finishes the farthest from the hole, is eliminated. This process is repeated on each hole until there are only two players playing for the championship on the ninth hole. The same process of elimination is used in the Couples Gross shoot out. Ten couples start out on the first hole, with two remaining to play for the championship on the ninth hole. In couples shoot outs, the men tee off on the odd numbered holes, and the ladies tee off on the even number holes. They then play alternate shot until the ball is holed out.

Congratulations to the champions and to all of the qualifiers.