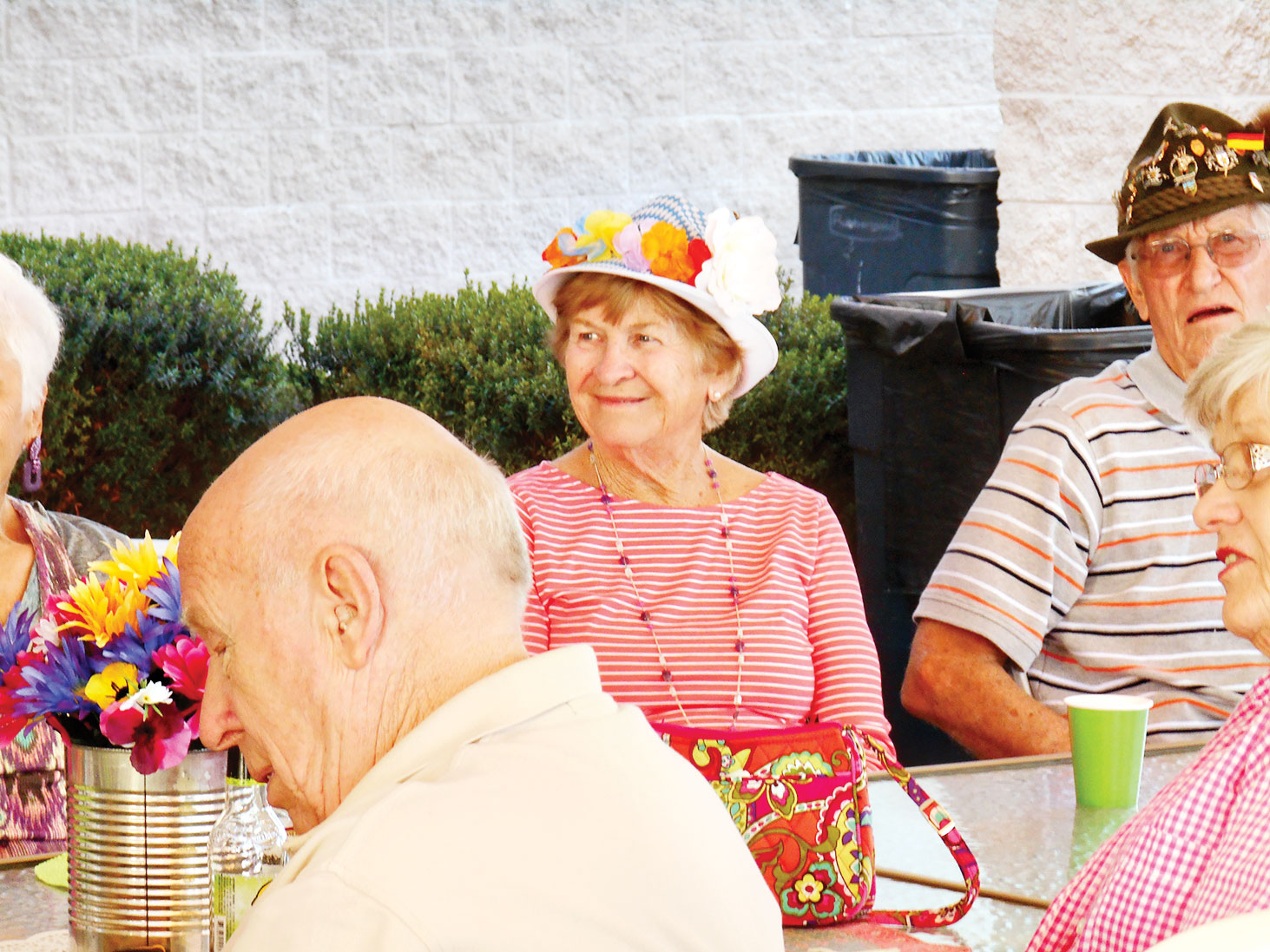 The club closed this season’s meetings with a patio party on April 26. We had fried chicken and various side dishes as well as numerous desserts. To our club members we wish a safe and healthy summer 2016 and look forward to a new season of meetings beginning on Tuesday, September 27 at 6:00 p.m. in the Lakeview Room. Sei brav und wenn Sie nicht brav seien koennen, seien Sie vorsichtig.

The German Club meets the fourth Tuesday of the month from September through April at 6:00 p.m. in the Lakeview Room in the Clubhouse. We invite anyone to join who is interested in the German culture and good old fashioned fun.

In our look at German history we left off with the Nazi Party rising to power and Adolph Hitler becoming the Chancellor of Germany. After the Reichstag (German Parliament) was burned down Hitler dismissed the government and established marshal law. He became the supreme leader (der Frueher) and with his Brown Shirts and Gestapo (State Secret Police), Hitler established a choke hold on Germany. He continued to build an army and stockpile of weapons coming out of the burgeoning munitions factories that had been established to put people to work in factories and pull the country out of the depression. In a related area he began to attack and take control of the banking industry in Germany. His special targets were the Jewish financers. As his power base increased he became bolder and attacked the Jewish Germans in general and eventually had them gathered up and placed in concentration camps. By 1941 his plan to suppress Jews and lesser races (Poles, Czechs, Hungarians, etc.) became known as the Final Solution. The Final Solution called for the Jews and other peoples to be killed in the various German concentration camps. All totaled, approximately 11 million individuals were killed during the years of WWII. Germany’s military developed a brilliant tactic to begin WWII known as Blitzkrieg. This tactic of heavy bombing of a country followed by swift incursion of ground troops led to the fall of Poland, Norway and the low countries. The invasion and fall of France was quickly handled by German forces. This left England alone and had it not been for the help of the USA with supplies it would have fallen as well. With the Japanese attack on Pearl Harbor, the US entered the War and sent England soldiers, pilots and sailors to mount an invasion of Europe and push Germany back. Allied with the Russians the US and England crushed Germany in a vice which led to the surrender of Germany on May 8, 1945. Hitler had allegedly committed suicide on April 30, 1945. The surrender of Germany paved the way for onset of the Cold War. Germany was divided between the global blocs into two states. East Germany was to become the Soviet dominated sector while West Germany was controlled by the Americans, English and French. West Germany several years after the end of WWII established a parliamentary democracy and joined NATO.

Next we will look at the post war chaos and the rise of the Bonn Republic (West Germany).