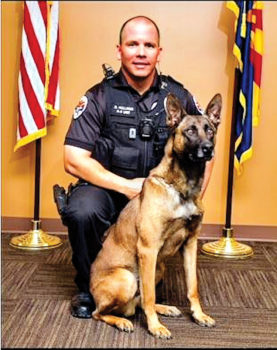 The Sun Lakes Rotary has a variety of interesting meetings each week!

On March 3, we will have a presentation by Officer Dan Hullings, 19-year veteran of the Chandler Police Department. He is a K-9 officer and will talk about the program and bring his four-year-old Belgian Malinois Benzo. Benzo is a dual-purpose police canine who serves with patrol functions and narcotics detection.

On March 10, there will be a presentation by Project Healing Waters. Project Healing Waters Fly Fishing, Inc. (PHWFF) began in 2005 serving wounded military service members at Walter Reed Army Medical Center after their return from combat in Iraq and Afghanistan. Since then, PHWFF has expanded nationwide, establishing its highly-successful program in Department of Defense hospitals, Warrior Transition Units, and Veterans Affairs Medical Centers and clinics. Project Healing Waters brings a high-quality, full-spectrum fly fishing program to an ever-expanding number of disabled active military service personnel across the Veterans Affairs Healthcare System, in military hospitals and the Warrior Transition Command. PHWFF has become recognized as an innovative leader and model in the field of therapeutic outdoor recreation for the disabled, through its successful application of the sport of fly fishing as a rehabilitation tool.

On the morning of March 17, Dr. Rob Romanin, DDS, will be our speaker. Dr. Romanin has been serving the Sun Lakes community for many years and is an active member of the Sun Lakes Rotary. His presentation will drill down into the world of dentistry.