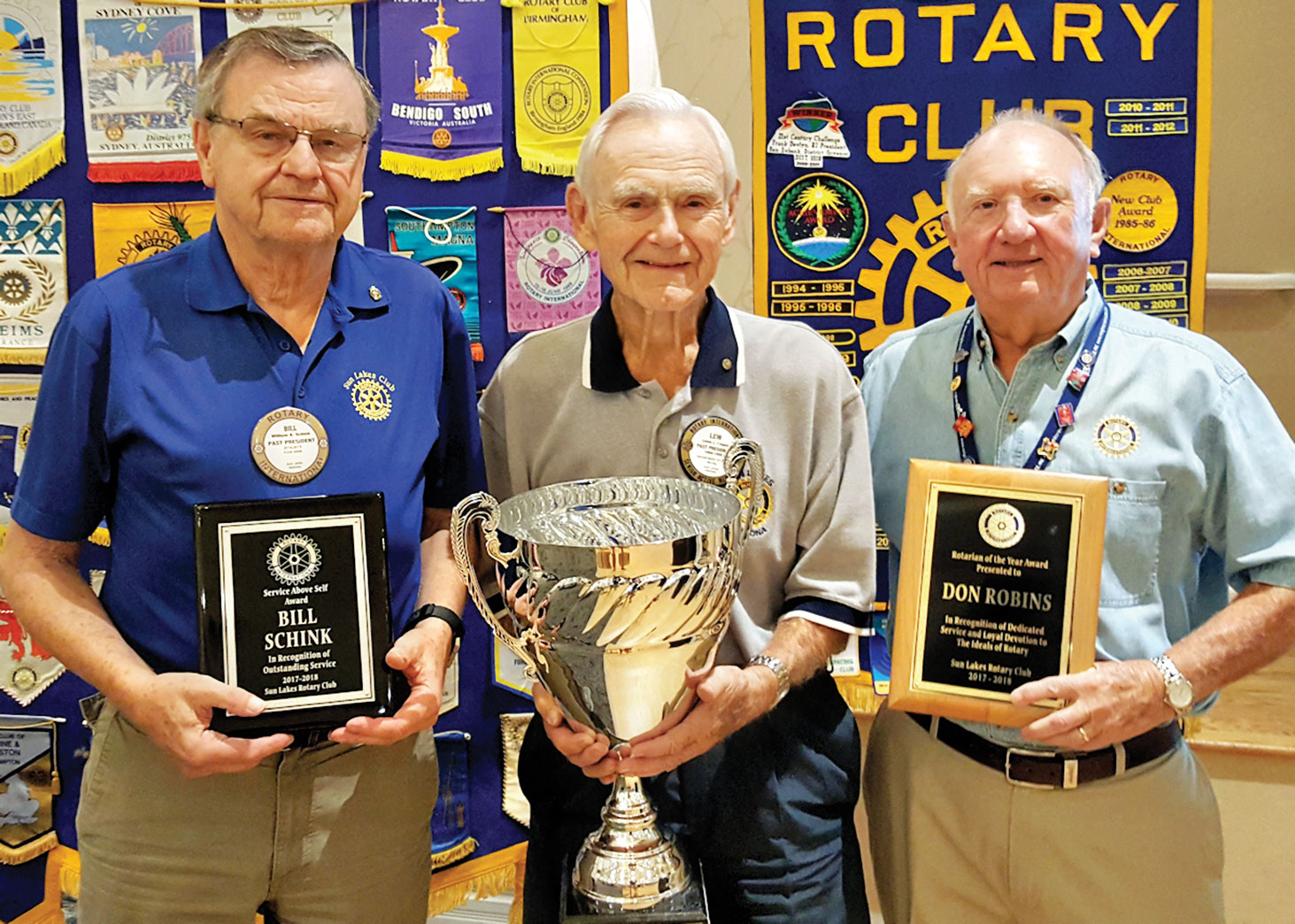 In a club with 90 members, all of them outstanding individuals, it is difficult to single out top performers. But despite this, three were selected to receive Sun Lakes Rotary’s highest annual awards for the Rotary year 2017-2018.

Don Robins was named Rotarian of the Year for his outstanding leadership of the Educational Services Committee and especially for his coordination of the “A World in Motion” and F1 programs for children. Don retired after 40 years from General Motors where he was an executive in truck engineering.

Bill Schink was presented with the Service Above Self award for all his hard work, including the taxing position as Golf Committee Fundraiser Chair which this year raised significant dollars to share with the Club’s many charities. Bill retired as Manager of Business and Strategic Planning for Ford Motors Electronics Division.

Lew Langer received the John McCain “Good Guy” award for all that he has done for the club, including setup and tear-down of all room decorations for every club meeting. He is the first one at the meeting and the last one to leave the meeting to accomplish this. Following graduation from the University of Oregon, Lew became a store manager for J.C. Penney.