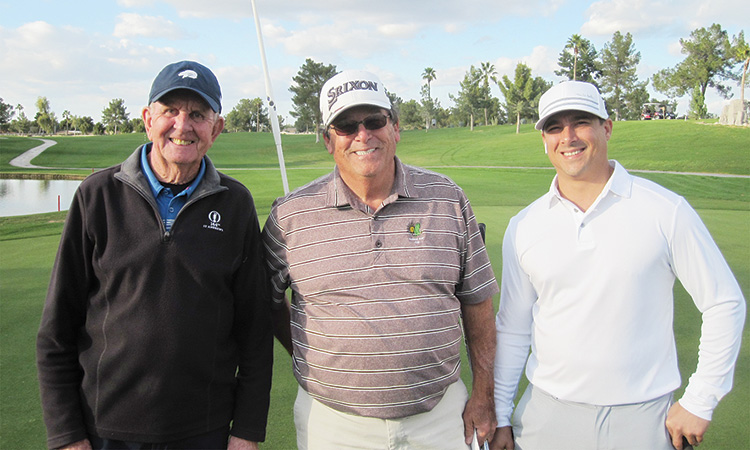 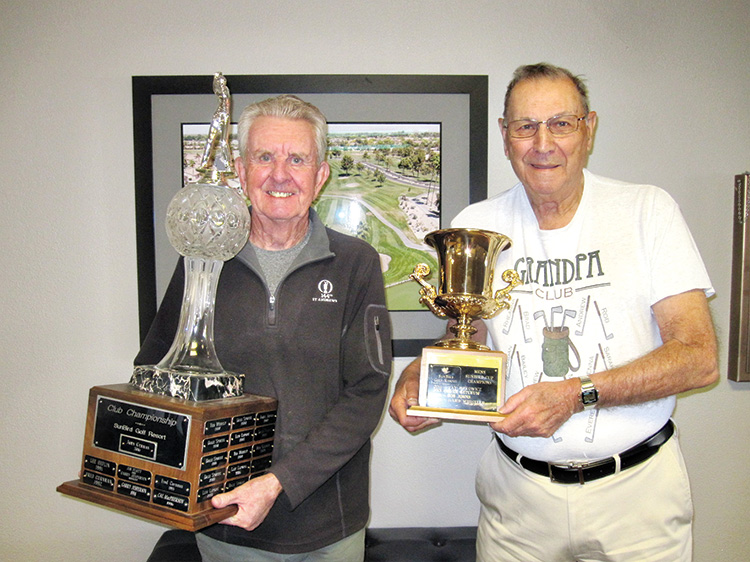 The month of February was again full of major events for the SunBird Men’s Golf Club. First and foremost was the election of officers at the February business meeting. Leading the club for the 2020-2021 season are Bob Johns, president; Dean Huyghebaert, vice president; Patrick Leach, treasurer; and Gordon Olson, secretary. The other activities all took place on the golf course and included the completion of the Match Play Challenge, the SunBird Cup Championship, the Club Championship, and the Men’s Gross Score Shoot Out.

The Match Play Challenge, a self-scheduled event after the first round, was completed. There were a total of eight flights set up by handicap. The Championship flight had the lowest handicaps, while the eighth flight had the highest handicaps. Each flight had four two-person matches. The winners of each match moved on with the loser eliminated. Two players were left in each flight to play for the championship. The winners, by flight, respectively, were Dale Stokke, Bob Johns, Dean Huyghebaert, Loren Wallace, Russ Bower, Jim Croghan, Roy Comeau, and Dan Jensen.

The SunBird Cup and the Club Championship were two-day events held on Feb. 13 and 20. As usual, both of these events were flighted. Since both of these events were held on the same two days, all players’ scores were entered into each championship. The winner of the SunBird Cup with a combined two-day net score of 129 was Roy Comeau. Flight winners, respectively, were Gerry Tomlinson, 130; Dave White, 130; Jim Croghan, 130; and Neil Donaldson, 135. The winner of the Club Championship with a two-day gross score was Gerry Tomlinson, 131. Flight winners, respectively, were Fred Nixon, 135; Dave White, 139; Jim Croghan, 150; and Roy Comeau, 156.

The final major event of February was the Men’s Gross Score Shoot Out which features some of the best golfers to play at SunBird. Qualifying for this event were Gary Hodges, Wayne Onyx, Dave White, Don Hunt, Dean Huyghebaert, Andrew Hodges, Gerry Tomlinson, Bob Johns, Dick Tiffany, and Doug Latham. As with all shoot outs, the player with the highest score or in the case of a tie, the farthest from the hole on a tie-breaking chip off, is eliminated. The surviving two players then tee it up on the ninth hole for a run at the championship. In this tournament, it was a father and son combo gunning it out for the title. After a tie on the final hole, the players went back to the tee box for a replay. This time, Gary Hodges prevailed and defeated son Andrew for the title.