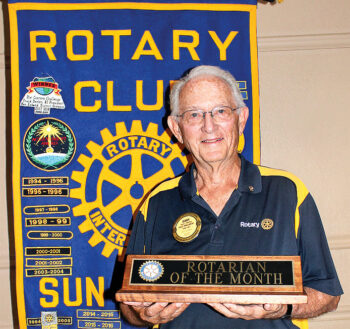 Gary Whiting was named Rotary Club of Sun Lakes Rotarian of the Month.

The Rotary Club of Sun Lakes (RCSL) is proud to name Gary Whiting as its July 2021 Rotarian of the Month. At a recent meeting, Club President Jon Lyons stated, “We were very fortunate when Gary joined our club in February, 1995. Gary, who has been a Rotarian since 1967, has been leading the club’s communication efforts by continually updating and keeping current the club’s website and Facebook page. We are very fortunate to have Gary as an outstanding club member. Rotary International (RI) and our RI District have been blessed by his service.”