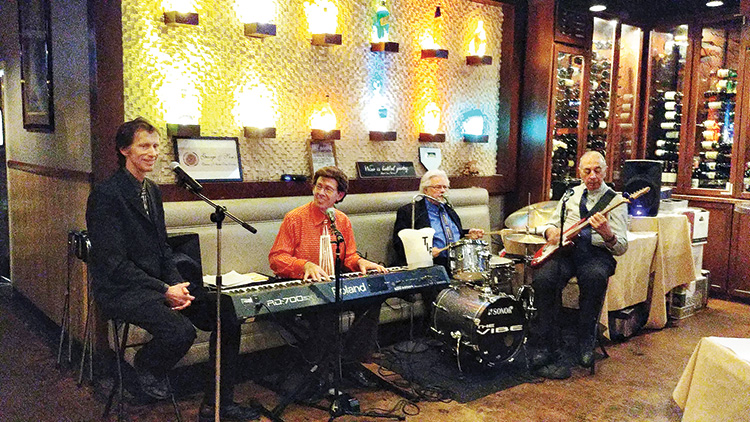 On Sept. 22, enjoy Sunday evening with the easy-listening and rhythmic music of an Arizona favorite, the Rags Allen Jazz Band, featuring Rags Allen on piano/keyboard. Rags Allen is a member of the Arizona Nightclub Performers Hall of Fame and has performed with Waylon Jennings, Willie Nelson, Charlie Pride and Mickey Gilley at venues throughout the country, including the MGM Grand and the Grand Ol’ Opry. Guitarist Chuck Bene is an inductee into the Rockabilly Hall of Fame and has performed for decades in the New York City area, including ten years with the Bobby Lane Trio. Chuck also wrote music for Ricky Nelson and the Hullabaloo TV show. Drummer Roy Calhoun started professionally at the age of 13 and played alongside Wayne Newton, Eddie Arnold, Julie London, Phil Harris, John Davidson and many others. You might know Roy and his wife Barbara as owners of the Allstar Music stores chain in the Valley. Lead Singer Mark Webb was named the Phoenix Country Music Club “Vocalist of the Year” and has performed throughout the Valley as a pop, country, rock, Latin and blues singer. This band has played throughout Arizona and many times to a packed San Tan Ballroom on Sunday evenings in Sun Lakes.

Enjoy music and dancing from 6:00 p.m. through 9:00 p.m. For those who like to include dinner (in the ballroom), come early and order from our special dinner menu from 5:00 p.m. until 7:00 p.m. Admission is $12 per person. Discounted season passes for all eight evenings from September through March are still available.

Come dance your favorite waltz, foxtrot, quickstep, rumba, cha cha, samba, tango, country or line dance. This evening is presented by the Sun Lakes Sunday Dance Club. For any questions or table reservations for groups of eight or more, call 480-699-7334 or check the website www.sunlakes-sundaydanceclub.com. SunBird residents and the general public are welcome.