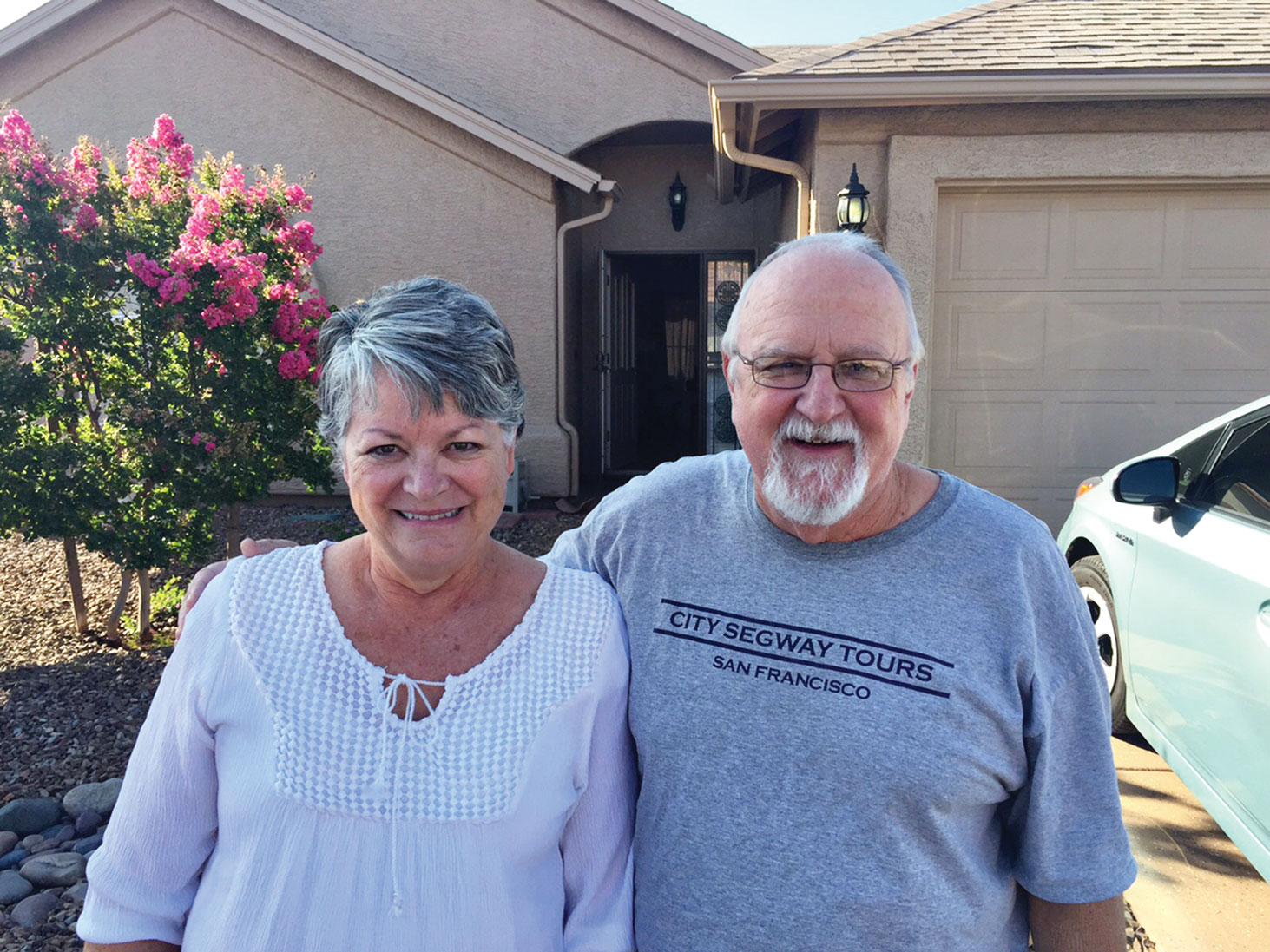 Meet Steve and Artha Jackson! New to SunBird just a few months, they moved from The Islands in Gilbert, but are originally from the Bay Area in Alameda, California.

Steve and Artha met as teenagers, attending rival high schools where he was involved in track and field, and she with her music and art talents. They both attended Brigham Young University, and Steve served for two years as a volunteer for his church in England. Steve served in the Army Reserves as well. They have been married 48 years, raising their seven children in the states of Arizona and Utah. They also have 20 grandchildren.

Steve’s career was in home remodel and Artha combined her gift of teaching piano and art while raising the children, as well as working full time in the corporate and university communities. Their vacations are combined with visiting their large extended family in the states of Washington, Utah, Montana, California, North Carolina and here in Arizona.

Steve and Artha love the SunBird Clubhouse and all the amenities SunBird offers. They eat in the Clubhouse restaurant often and like peeking in through the windows of the classrooms and seeing the views.

Although not golfers (yet), they keep busy working in the community with Steve working with the Chandler School District as a bus driver and Artha as a piano teacher for San Marcos Music Academy in Chandler. Additionally, Steve makes unique pens in his woodworking shop while Artha teaches piano in her home to the seniors here in SunBird. She enjoys meeting the people who want to keep their brains active with learning piano. If you want to join in the fun, just give her a call at 602-312-9435.

Because they moved to SunBird just before a lot of the neighbors left for the summer, Steve and Artha are looking forward to all the scheduled activities ahead and having fun in shared interests with the residents. As a note, they enjoy the friendly staff and residents and the hand waves all about. Additionally, when they first visited SunBird to try out the restaurant, they met “Lou” who gave them a private tour of the building. It took 10 months of weekly visits to SunBird before they finally found their lovely home on Palm Beach.