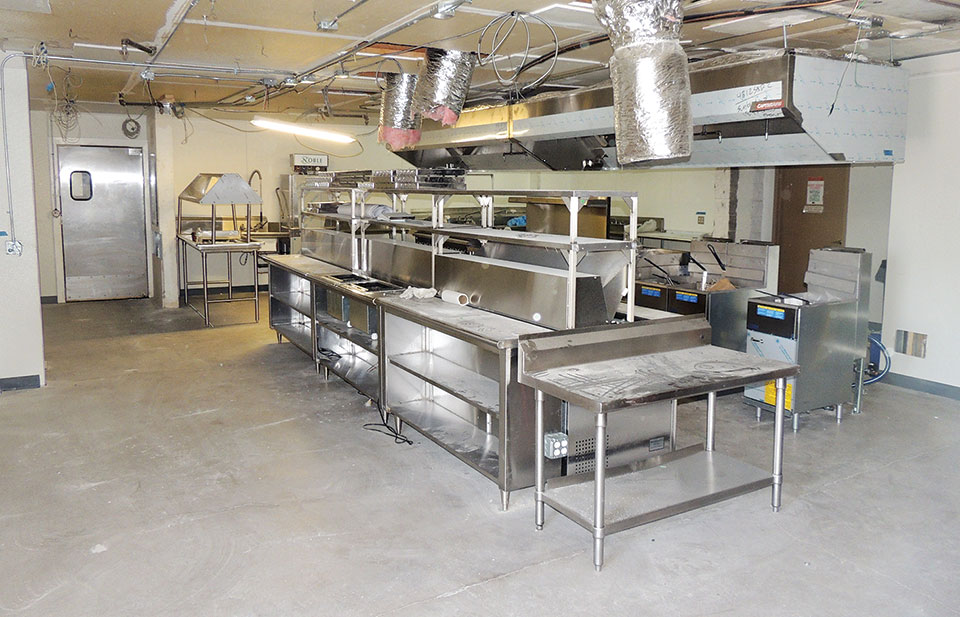 It’s been a hot and dry summer! Excessive heat warnings have been in effect throughout most of the summer. Plants, trees and any outside flower that is alive and green are showing signs of stress. Air conditioner service trucks are in SunBird daily, either repairing or replacing individual home air conditioning units due to necessity of having cool air this time of year.

During the month of June, the daily high temperature in Chandler averaged 107 degrees, and July is anticipated to be even hotter. It was officially established in the year 2008 that the monsoon season begins June 15 and ends September 30. Historically, the monsoon season’s first storm is typically around July 7, and the last storm ending September 13. Chandler has not had a drop of rain in several months at the time of writing this article. (Actually, it just rained a couple of drops the evening after I wrote this article.)

Horizon Room kitchen remodel expansion and remodel project is progressing well. The general contractor, Palladio General Contracting, has done a great job in orchestrating the schedule of the subcontractors to perform their part of the work. Plumbers, gas lines, concrete drillers, electricians, fire safety, kitchen equipment safety, ceiling, flooring, roofers, air conditioning technicians. So far, the work has progressed as planned with few surprises. City of Chandler and Maricopa County Environmental Services have been inspecting the project along the various stages of completed work and approved all inspections thus far. The project is on schedule and within budget and is looking to be a terrific addition to the food and beverage services. The kitchen will be completed before the end of August pending any unforeseen setbacks. As a more finite date of completion approaches, a new kitchen “open house” will be planned with light appetizers, beverages and music in the Horizon Room to showcase the new kitchen. A grand opening will also be planned shortly thereafter with breakfast and lunch specials, raffles, prizes and more fun. We appreciate all those this summer who have supported the food and beverage operations in the ballroom during this construction project. The view and experience from the Horizon Room are like no other. It will be great to have it back!

SunBird has had almost 350 home sales over the past 2-1/2 years. Due to the large number of new residents, it’s always good to have a reminder and refresher to review the operations of the gates around the community. SunBird has vehicle-control gates for ingress and egress at the locations of Riggs Road, Hunt Highway and Cooper/Kerby Farms Road. Notice the word “control” not security. An exit-only gate is also located at Waterview/Cooper Road. These gates are not impervious to all unauthorized vehicles. Sometimes, vehicles attempt to enter SunBird by “tail gating” or “piggy backing” closely behind a resident entering into SunBird before the barrier arm drops or gate closes. To assist in minimizing this, if a vehicle appears to be waiting for entrance or is driving very closely behind, drive slowly through the gates allowing the sensors more time to activate the closing the gates and/or barrier arm. All guests, visitors and contractors should check in at the gate house located on Riggs Road staffed from 6:00 a.m. to 8:00 p.m. daily. The entry gates have remote control devices for SunBird resident access. The only entry gate with a keypad code access is the resident and guest lanes located on Riggs Road/main entrance. The gate codes are unique and individually assigned to each home. When a home sells in SunBird, new owners, when reporting to the SunBird office, verify which, if any, remote controls were given to them from the previous owner. Any remote control(s) assigned to the previous owner that where not transferred will be turned off and un-operable. The previous gate code will also be terminated and a different code assigned to the new owner. The gate codes should only be shared with close family, friends or service providers. If someone feels like they have provided their personal gate code to someone they no longer would like them to have, please contact the SunBird office. The code can be removed and a new code assigned to the owner. For more information, please contact the SunBird Office or Patrol.

Road maintenance work is planned for this year which will be scheduled sometime within the next two months. Two sections of roads were completely removed to the grade and were replaced with a fresh three-inch depth of asphalt on Pebble Beach and Oakmont Drives last summer. These sections will be seal coated as routinely required for new asphalt within the first year of installation. Some other sections of road in SunBird will have seal coating work as routine maintenance to assist in prolonging the life expectancy of the asphalt. Notice will be delivered in advance by flyer to homes affected by the road work, an email blast will be sent to the SunBird group and the schedule will be posted on the SunBird website and at the clubhouse. Road work is necessary to maintaining good streets and can be an inconvenience at times. We truly appreciate your understanding and patience during these projects.

First half of the year 2017 of the SunBird operation has been performing as planned and has been very positive for SunBird. Financially, revenue and expenses are within budget. SunBird home sales are at 60 for the first six months. Social and recreational activities during the high season have been increasing in participation pushing the limits of the facility capacity to accommodate all the participants. Planned improvement and maintenance projects are in progress and ongoing. No crime or theft has been reported in SunBird this year, and SunBird remains one of the most crime-free areas in the state. Improvement plans, maintenance projects and the budget are being prepared for 2018 and beyond and are looking good.

We appreciate all the many clubs, groups, committees, volunteers and staff who take pride in contributing efforts in keeping SunBird a great place to live!