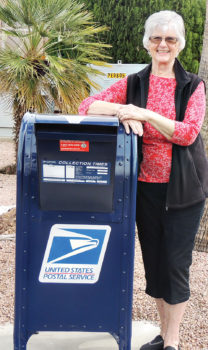 It’s hard to believe that high season at SunBird is nearing the end. It’s been another fantastic time at SunBird again with the great weather, recreational activities and fun social events.

The 2016 annual financial audit was just completed in March by an independent auditor. As part of the audit, SunBird submitted all computer financial records, bank statements and much more. After completing the audit, the auditor declared a “clean opinion” of the financial records and operations. 2016 was a good year financially for SunBird. If you would like a copy of the official audit, copies are available at the office or can be found at SunBird’s website under the section of “Docs and Reports.”

2016 had 136 home sales in SunBird. Over the past three years, the total home sales has been just short of 400 or almost 25% of SunBird. That is a large turnover in SunBird, bringing many new and younger faces to the community. The younger residents sometimes have different styles, interests and tastes. With a wide variety of age and interest, studies will be conducted this year as to what activities and social events can be provided for as many groups as possible, accommodating those living here currently and to attract new potential buyers.

At the annual membership meeting, Lynette Martens was recognized as the longest tenured employee of SunBird who had just retired that weekend. Lynette has worked at the SunBird Post Office for 22 years and has always taken such pride in work of bringing a great smile and striving for “A1” customer satisfaction. Recently, over the past several years, we have been trying to refurbish the old crusty-looking mailbox located in the post parking lot. We requested painting it ourselves, but were denied. Several promises were made by the US Postal Service of replacing the mailbox to no avail. Surprisingly to all of us, the blue mailbox was replaced with a newly-refurbished on the day of her retirement. Thank you, Lynette, for your many years of excellent service.

Owen and Joyce Bae, Co-Directors of the SunBird Singers, were also recognized for their 13 years of service to SunBird. They directed 26 shows, packing the ballroom with attendees with uplifting and entertaining music. The spring concert held this past month is the last show they will be directing. Thank you, Owen and Joyce, and we appreciate all of your hard work and dedication in making SunBird a great place to live. The “baton” of directing the SunBird Singers has now officially been placed in the very capable hands of Pat Miller, Mike and Kim Hanson. Thank you for accepting this, and we look forward to many more years of terrific performances.

Plans for the enlargement of Horizon Room kitchen have been submitted to the City of Chandler for a construction permit. The plans were just approved this past month. The Maricopa County Environmental Services Department is also reviewing these plans for health and safety requirement for food storage and preparation equipment. Plans to begin the Horizon kitchen expansion project are scheduled to begin this June. The food and beverage operations will move into the ballroom during this time of construction, continuing to provide great food and beverages during this interim period.

The SunBird Garden Club spent thousands of dollars of their own funds and have enlisted the help of a contractor and the SunBird landscape crew to re-landscape the east clubhouse parking lot. The project included colorful dry river beds, cacti, succulents and indigenous plants that are native to the desert and have unique character. This is a sample of what the long-term common area landscape refurbishment plan could be. The common area landscape, irrigation and design is nearing 30 years in many areas and needs updating. A long-term plan to refurbish a section each year is being developed to give the common area landscape an updated new look.

SunBird has the best groups and organization who work hard to assist in keeping SunBird a great place to be! Thank You!