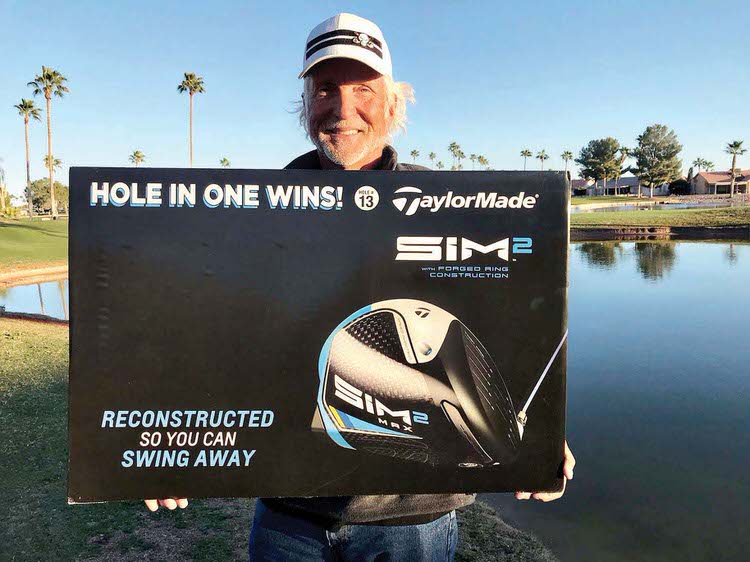 On Saturday, Feb. 5, the SunBird Lions Club sponsored a golf tournament to benefit St. Jude’s, the Lions Club International, and children around the world who are struggling with cancer.

Gary Hall made a hole-in-one on hole 13 during the tournament and won a new driver. Not only was it a hole-in-one, but it was also his very first hole-in-one.

Patricia McInnes came within six inches of winning the $10,000.

There were 100 players who made this tournament such a success. SunBird Lions thanks everyone who volunteered and who participated in the golf match.

The weather was chilly, but everyone stepped up to make this special for all the children in need.